Using its AC 45, Steel Giraffe performs three to four jobs a day working throughout the state of Rhode Island.

Steel Giraffe had never owned a Tadano or Demag mobile crane before. However, Kelly said the crane quickly exceeded expectations, both through its capabilities and its learning curve.

“Working a 114-foot radius with such a small foot-printed crane was quite an experience at first,” he said. “We would often pull 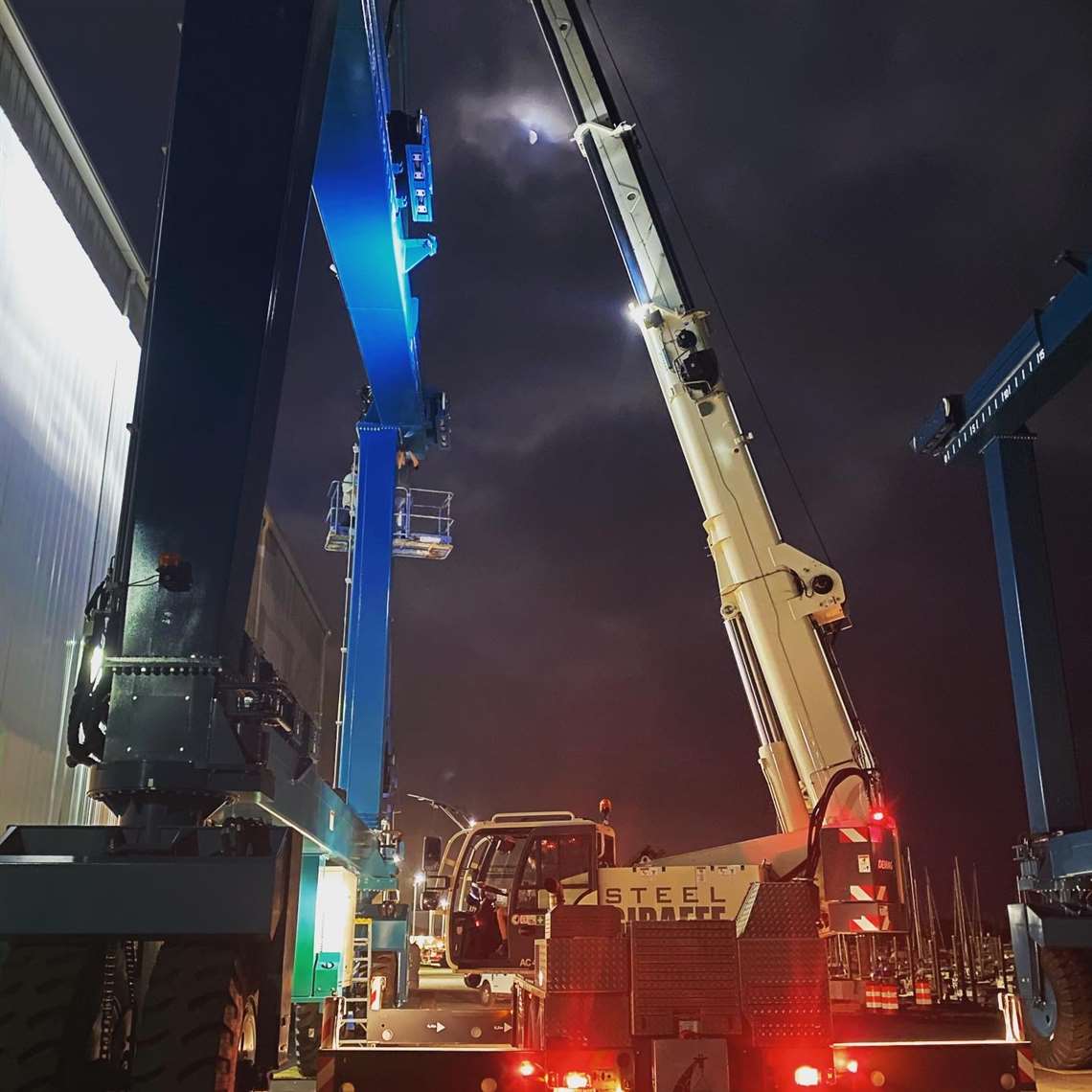 up to job sites and people would ask, ‘Is this crane going to reach?’ Customers are blown away with how compact the unit is, in contrast with the total system length we can stretch out to.”

“Installing the double swing jib was fast and easy,” Kelly said. “On the other end of the spectrum, the crane can often be found loading or unloading 40-foot shipping containers weighing around 30,000 pounds.”

“Setup and breakdown times are extremely short,” he said. “We often find ourselves on the same jobsite, but in different locations throughout the day. The City crane enables us to complete a lift and quickly move on to the next one.”

He said the ease of moving the crane allows them to perform three to four jobs in a day throughout Rhode Island.

With its 3-axle steering with multiple modes, the City crane can fit in tight spaces, Kelly said.

“The differential locks have also come in handy a time or two,” he said. “Sometimes you just get stuck. But once engaged, the City crane always seems to climb out without issue.”

In their two years owning the crane, Steel Giraffe has used it in every imaginable setup: jib offsets, runner, runner with searcher hook and offset, extensive pick and carry duty, variable outriggers, reduced counterweight package. Kelly said that with the three different telescope modes, the crane configurations are virtually endless.