Collision avoidance and zoning equipment specialist AMCS Technologies has added its flagship product to the cranes on a job in Canada. 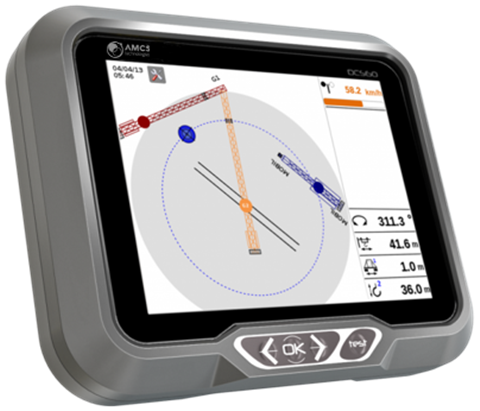 Several tower cranes have been installed to help on the West White Rose project in Newfoundland. AMCS has fitted them with its DCS 60 (driving control system). Part of the West White Rose project involves connecting a new fixed drilling rig to the FPSO SeaRose. An FPSO is a floating vessel designed for the production and processing of hydrocarbons, and for the storage and offloading of oil.

Three new Terex CTT472-20 flat top tower cranes fitted with anti-collision systems and with AMCS anemometers were supplied by Cropac Equipment to the Husky Energy job site. Cropac also supplied an AMCS system to integrate the existing Krøll K4000 tower crane on the job. It was used on a previous Husky project.

The DCS 60 offers three functions: zoning, collision avoidance and a display with data logging. Three-dimensional zones can be set on the screen by associating geometric shapes with the areas or a static obstacle on the site.

The collision avoidance element operates in real time and in three dimensions working out distances and the closing speeds. Immobilisation of the crane can be set at pre-set distances from obstacles. The DCS 60 records and stores events linked to prohibited areas and to the interference function. These can be viewed directly on the data display or downloaded to an external drive. Information concerning the status of the system or the crane can also be recorded. 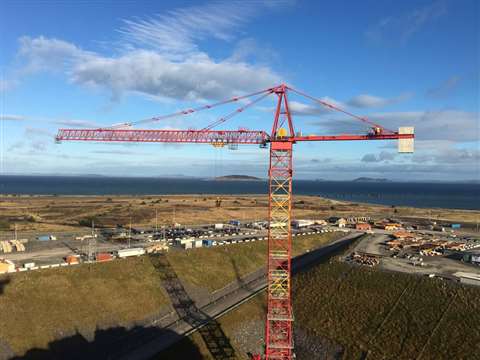