VR, AR, BIM, IoT, AI, UAV, ML, big data, autonomous machines, telematics, holographics… the world is changing fast, along with the language we use to describe it. New tech was abundant at the recent Bauma 2019 trade show; from major crane OEMs showcasing state-of-the art telematics, control and training systems to independents pioneering the edge of possibilities. Even the biggest technophobes among us have to admit that the tech revolution is real. So, what could the future hold for the crane industry? 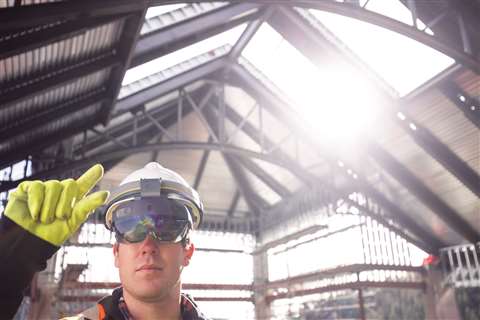 One area that has long been discussed is that of the autonomous crane. According to French crane anti-collision and control specialist SMIE, the reality of this idea is now one step closer following tests it conducted using an adapted version of its ProSite anti-collision and jobsite monitoring system. SMIE says it carried out a series of tests during the first quarter of 2019 which demonstrated great potential and moves the industry closer to effective crane automation.

As well as adapting ProSite, SMIE has added new features to aid autonomous functionality. Using ProSite, SMIE believes crane operators will be able to simply select a location and instruct the crane to automatically move to that location without requiring any manual operation. All other anti-collision and zoning features of ProSite remain, SMIE explains. This system can also be configured and managed remotely from any connected location, removing the need to climb multiple cranes to make simple parameter changes, SMIE adds.

SMIE says the technology highlights the significant shift taking place within the building and construction industries from manual processes to automation. “Digitally supported solutions are becoming an increasingly vital aspect of site safety and efficiency, and are expected to completely transform the sector,” says Jean-Charles Delplace, SMIE CEO. 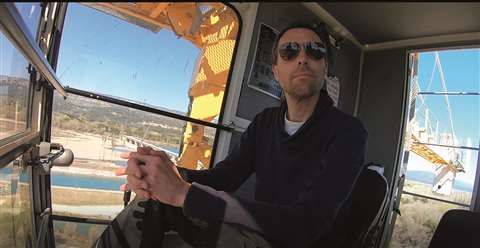 Another part of the inspection industry, aerial inspections, is also being shaken up by the use of new technology, with drones and unmanned aerial vehicles (UAVs) becoming key tools.

Data acquisition specialist Texo DSI says it has been working in the construction industry to maximise the operational benefits that derive from world-class drone surveying combined with traditional surveying and inspection services.

Aerial survey technology is constantly improving as a result of R&D and investment, Texo DSI says. In the last few months it has deployed in-flight focus functionality on its 100MP high resolution aerial metric cameras. This allows lenses to be focused while in-flight, enabling a number of new uses for inspection applications where the focusing distance can be carried out in real time. 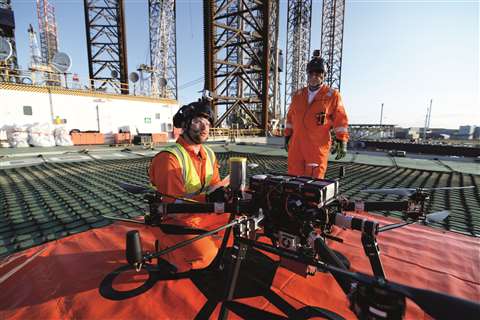 The role that drones could potentially play in inspecting tower cranes is also an area being explored by Terra Drone Europe. The company is one of the largest drone specialists in the world with 250 staff working in 15 countries. It has extensive experience of providing visual and other inspections of structures in the oil and gas sector – both on and offshore – as well as wind turbines and other onshore industrial structures. One recent application was to carry out carry out inspections on structural steel on offshore platforms with a view to extending their working lives. Now the possibilities of tower crane inspection have come to their attention and the company is keen to articulate these. “Drones can be used to provide a wide range of data on structures,” says Patrick Rickerby, technical director of Terra Drone Europe. “For example, high quality photography coupled with computer analysis techniques can help identify defects in steel… Drones may not be able to replace all traditional means of inspecting and maintaining tower cranes, but they can certainly help tower crane owners in their operations.”

Rickerby expanded on this in a presentation at the International Tower Crane conference, organised by International Cranes and Specialized Transport and its publisher KHL Group, that took place in Vienna, Austria in June 2019. For more information see: www.khl-itc.com

UK-based Xcell Aerial Surveys is another of the new generation of companies challenging traditional surveying and data collection techniques in the construction industry with a technology-led approach that it says delivers results faster than traditional techniques. The company was founded in 2014 by tech-savvy entrepreneur Blayne Jackson and specialises in the acquisition of advanced data via the use of unmanned aerial vehicles (UAVs or drones) and other techniques. “XCell Aerial specialises in mixed reality,” explains Jackson. “We blend fact with fiction. With the use of drones, cameras, professional measuring kit, insanely powerful computers and software packages we can accurately map any topology and insert proposed new build housing estates, tower blocks, roads, cell towers, pylons, etc.”

The research company attributes the growth of the market to an increasing adoption of robotic technology in industrial sectors, and the resulting reduction in financial costs. It also said increasing government and health and safety regulations are expected to augment demand in the operator training simulators market.

Another example of mixed reality can be seen in the development of new technology utilising holographic glasses by software developer Trimble. The XR10 with HoloLens 2, for example, fits onto a hard hat and enables workers in safety-controlled environments to access holographic information on the jobsite, Trimble explains.

Trimble believes this provides greater accessibility to 3D models for front-line workers, and that its use could help improve efficiency, productivity and quality of work on the jobsite.

Trimble said that the continued development of its cloud-based collaboration platform, Trimble Connect for HoloLens, will enable workers in the field to get more value from constructible 3D models and transform daily work, such as assembly and inspections.

Director of Trimble’s mixed-reality programme, Aviad Almagor, said, “We’re excited to extend our collaboration with Microsoft, producing a safety-first mixed-reality solution that can be used in production environments such as construction, where workers are building, monitoring and inspecting products and services that deliver tangible value every day.”

As if that’s not mind-blowing enough, Trimble has also announced that it is collaborating with brain-computer interface (BCI) software developer Neurable to develop BCI technology to solutions for the transportation and construction industries. According to Trimble, Neurable’s technology can provide hands-free and voice-free interactions, as well as cognitive analytics on behaviour for insight-driven and data rich immersive experiences. Trimble says it will work with Neurable to leverage bio signals, such as brain activity combined with eye tracking technology, to improve training efficiency, driver safety and high-risk front-line worker safety.

“Collaborating with Neurable is another step forward in our mission to transform the way our customers consume, interact and communicate information,” said Aviad Almagor, director of the Mixed Reality Program at Trimble. “A new interaction paradigm is required to efficiently merge the digital and physical environments. We believe that BCI technology can play a major role in achieving this future.”

Although many of the developments covered in this feature may sound like they are from the pages of a sci-fi magazine, the reality is that they either already exist or are in the process of being developed. Technology moves fast and exactly which areas will go on to become key industry tool only time will tell. We can’t wait; warp speed ahead!

According to Palfinger, the Vienna-headquartered joint venture was borne out of its railway systems interests. By using UAVs, multispectral sensors, artificial intelligence and three-dimensional data processing Palfinger says the time needed by Strucinspect for inspecting buildings and structures is considerably shortened and that it will no longer be necessary to close these areas to traffic. It hopes this will revolutionise the maintenance of infrastructure.

“We have identified great opportunities for Strucinspect in Austria and Germany alone,” says Andreas Klauser, Palfinger CEO. “After all, more than 40,000 road bridges and over 25,000 railway bridges have to be inspected on a regular basis to guarantee road safety.” The current market value of bridge inspections in Europe comes to at least Euro 100 million, Palfinger says. 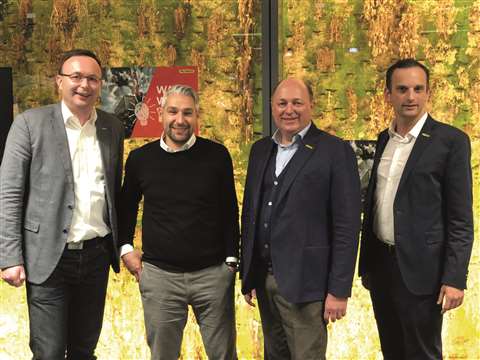