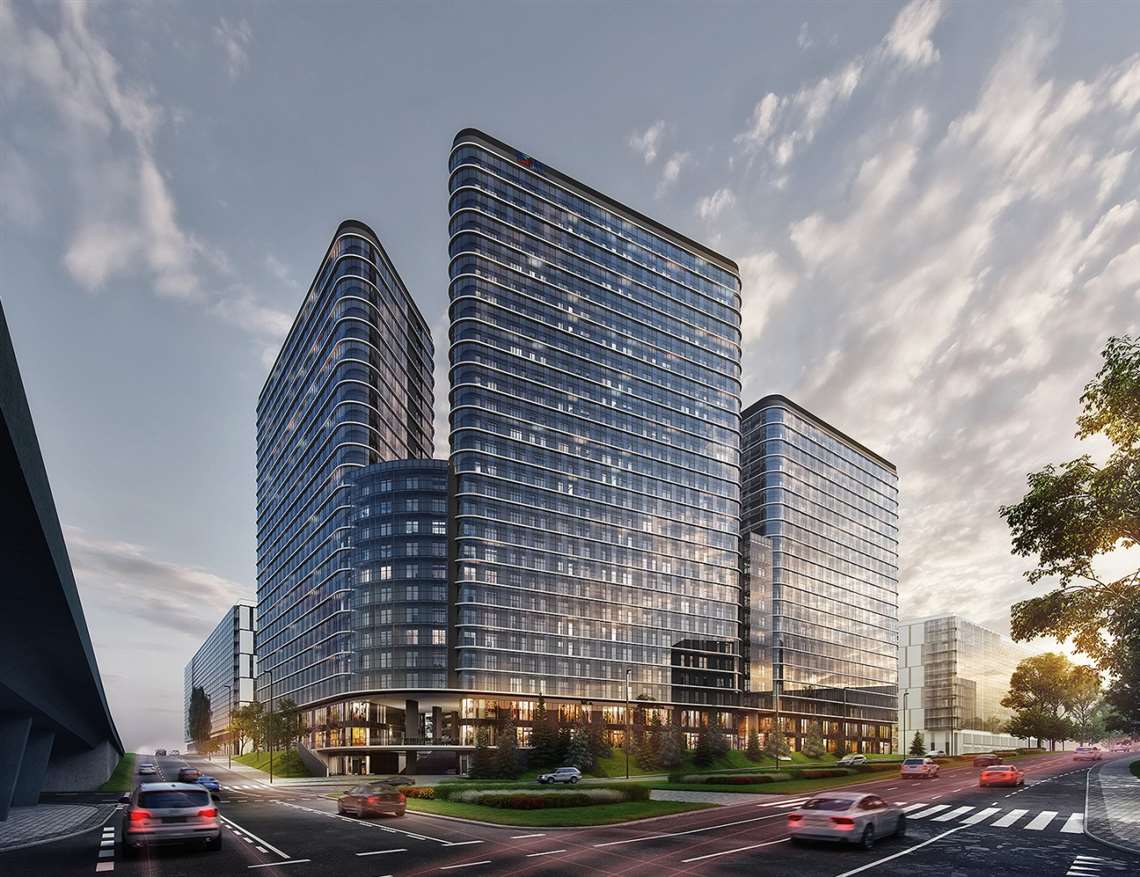 How the finished building will look

Ząbki, Poland-based real estate development company J.W. Construction is using seven Terex flat top tower cranes to help build the Bliska Wola Tower in Warsaw, Poland. Located in the Wola business district of Warsaw, the building will comprise three towers up to 92 metres high and will include almost 900 flats, 170 hotel apartments and more than 400 office and service premises spaces. On the ground floor there will be a retail and service section, restaurants and cafes. 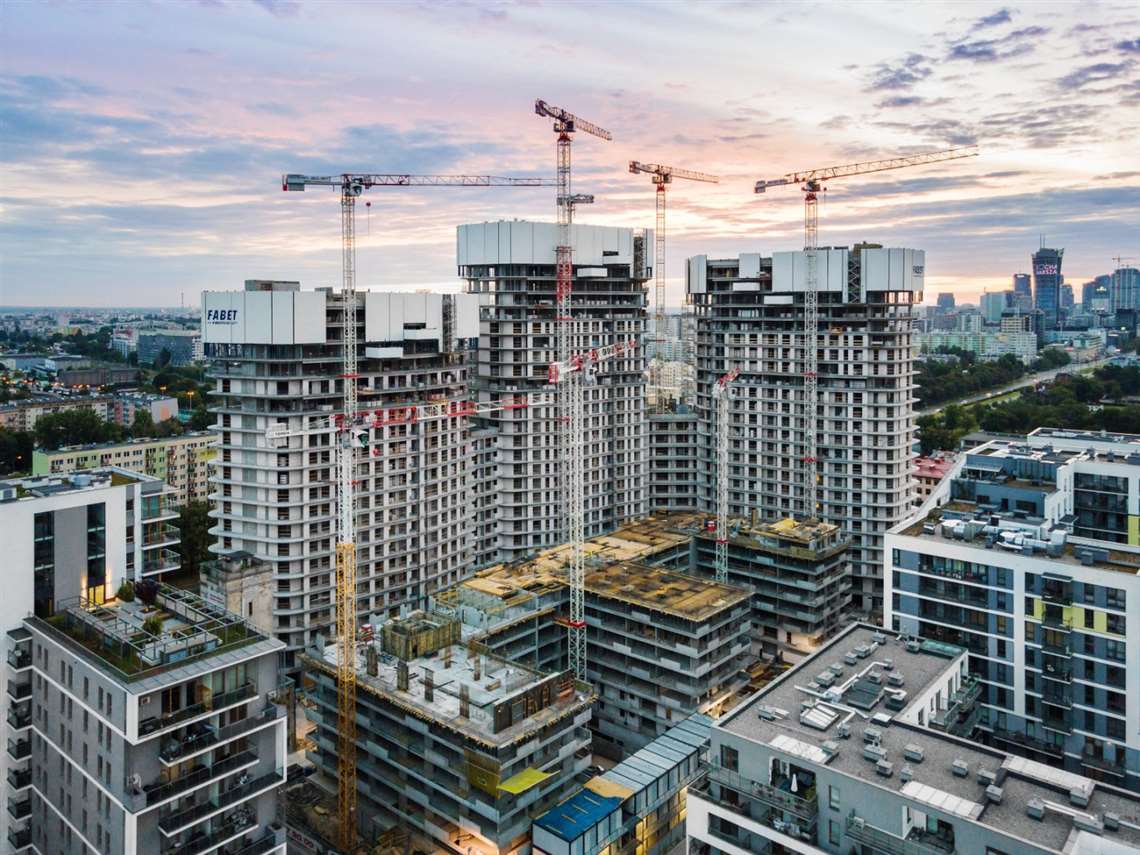 The Terex tower cranes on site comprise CTT 91-5, CTT 132-6, and CTT 162-8 up to CTT 202-10 models. Maximum hoisting capacities range between five to ten tonnes and the longest jib length is 65 metres. The cranes were provided by Corleonis, Terex’s official distributor for Terex tower cranes in Poland.

Special climbing collars fix the cranes towers to the sides of the building to allow them to reach the heights required by the towers, up to 27 floors above ground. Terex provided technical support on climbing design and technical calculations via its dedicated Application Engineering department.

“Corleonis is a very important partner for Terex in the Polish market,” said Bartosz Irzyniec, area sales leader Terex Tower Cranes. “They have done great job in strengthening the Terex brand’s presence in Poland on important project such as Bliska Wola Tower. We are happy to see our cranes helping to shape the most important cities of the world.”

The Bliska Wola complex is expected to be completed by end of 2021.