Topping the bill: what's new at the ARA's Rental Show 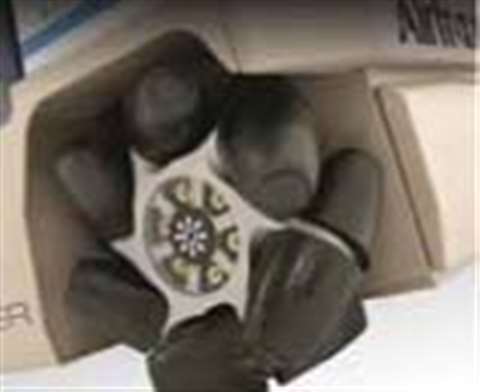 The innovative wheel technology will be used on a new range of electric scissor lifts on show from Airtrax.

There may not be a huge number of access equipment suppliers at the ARA's Rental show, but that doesn't mean there won't be plenty to see, with some important launches planned as well as a number of real innovations for the North American market.

In the important launch category comes Japan's Aichi Corp. Last year, Aichi announced that it wanted its export sales to rise from 10% of total sales to around 35% for the year to March 2011. The much anticipated machines which will launch a major export drive will be unveiled at The Rental Show: two telescopic booms and two electric scissor lifts. These are the Skymaster SP12C and SP14CJ (SP400C and SP460CJ in North America) telescopic booms and the Skytower SV06 and SV08 (SV2032 and SV2632) electric scissors. Aichi may also be planning to manufacture in North America – get the latest news from the stand.

Made in the USA

Investment in manufacturing has also been made at Snorkel and the company will be showing eight machines new to the North American market that are now produced at the Kansas plant. Since being bought by Tanfield Group, UpRight's parent company, Snorkel takes on responsibility in North America for all self propelled platforms made by the two companies, while UpRight will focus on trailer mounts and push arounds in North America.

On the Snorkel booth you can see: the TM1230 compact battery mast lift; S2633, SR2684SL and SR3084SL scissors; M2032J and M2639J mast lifts and AB38N and AB38W self propelled booms. UpRight is showing the TL37 and TL49K articulated boom lifts which it has started manufacturing in Fresno, California. A TL34 entry level machine will soon join the range.

You would, of course, expect something interesting from the likes of Genie and JLG. Genie is, however, playing its cards close to its chest, hinting at developments but saying nothing. You can expect to see the GS-3232 self propelled scissor lifts and the redesigned GTH-1048 and GTH-1056 telehandlers which were launched last year.

JLG is sharing a little more: the enhancements to the ES Scissors lifts (see page 51) will be of particular interest to the rental market as will the company's new compact telehandler, the G5-18A. The G5-18A is designed to have a big impact on the rental market. Watch out for some other interesting technology developments at the company. Although some manufacturers like to keep their new developments under wraps until the opening day, MEC Aerial Work Platforms has announced the launch of several new products at the Rental Show. The MEC 3772RT HD is a mid range, heavy duty, rough terrain scissor lift, and the MEC 3072ES and MEC 3772ES are large electric scissors which first rolled off the assembly line in October 2007. MEC is also entering the boom lift market with the 40 ft M40T telescopic boom, the first in a series to be introduced between now and the end of 2010.

New self propelled X-booms will be making their debut on the Bil-Jax booth. These models are designed to be lighter and less expensive than competing models and set up takes just 30 seconds. There are two models available so far: the 36XT telescopic boom and the 45XA articulating boom. Also on show are the Summit Series trailer mounted booms including the most recent launch 2622T a telescopic boom with 32 ft 6in working height and the Bil-Jax Yellow scaffolding.

Really very intriguing and definitely worth a look is New Jersey company Airtrax's omni-directional technology. It is primarily a wheel and drive design which enables a scissor to move extremely precisely in any direction. Originally applied to a range of forklifts, called the Sidewinder, Airtrax is introducing a range scissor lifts using the same technology.

This year there are almost 60 companies exhibiting for the first time. One of these is UK based Pop Up Products Ltd which, makes a small push around scissor lift that has proved popular with rental companies in the UK and elsewhere; it is using The Rental show to launch itself into the USA.

Teupen America will be showing the German-made ‘Spider' type aerial platforms at the show and Reachmaster, which represents Worldlift Industries in the US, is also now the exclusive North American distributor of Italian Hinowa products, and will show one of the Hinowa Lightlift units, an articulated Spider, in Las Vegas.

Another Italian manufacturer represented is Platform Basket, which makes a wide range of machines, but is best known for its ‘Spider' crawler mounted models.

With plenty to do and see on the exhibition floor it may be hard to drag yourself away but do take some time to check out the seminars, workshops and other events laid on by the ARA before and during the exhibition. Visit www.therentalshow.com for details of events and other ideas on how best to plan your time at show.

Do make time to visit the KHL Group stand (5548) and pick up the latest copy of Access International or our sister titles International Rental News and American Lift & Handling – enjoy your exhibition.