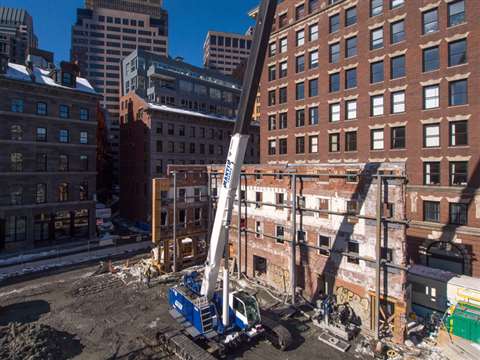 In the USA, Massachusetts-based contractor Treviicos hired a 2014 Tadano Mantis 15010 (a 77 US ton tele-boom crawler crane) from Empire Crane Company - New England’s Tadano Mantis dealer. The crane will be used on the ‘Boulevard on the Greenway’ project in Boston, Massachusetts which will house 31 condominium units.

According to Jamie Kelly, a representative at Treviicos, “the availability of machines, along with the ease of renting and honest sales reps who are always present and willing to provide support, are a few of the reasons why we chose Empire.”