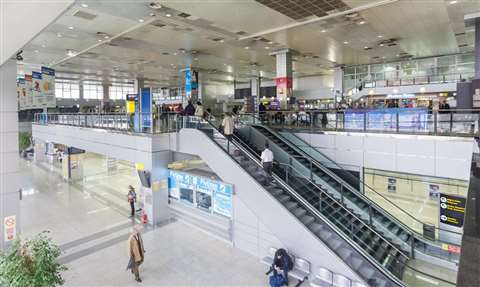 Impression of an expanded terminal interior at Nikola Tesla Airport in Belgrade, Serbia

Vinci Airports has released the final designs for the €730 million expansion of Nikola Tesla Airport in Belgrade, Serbia.

The 25-year plan will see the airport’s capacity increased from the current six million passengers a year to 15 million by 2043.

Some of the work – which is being undertaken as a joint venture between Vinci Airports and Vinci Terna Construction – is already underway; this includes the expansion of Terminal 2, preparatory work on a new runway and the upgrading of aprons and bus gates at Terminal 1.

Vinci says the next stage of the project will include a number of features aimed at reducing the environmental impact of the airport’s operations.

A new power plant will be installed, reducing the need for heavy fuels and reducing CO2, as well as solid waste and wastewater treatment plants. A solar power plant is also planned for the site.