Wabtec will supply Rio Tinto with four FLXdrive battery-electric locomotives for the mining company’s rail network in the Pilbara region of Western Australia.

Rio Tinto ordered the newest version of the FLXdrive battery-electric locomotive, which features an energy capacity of 7 MWh. Based on the route from the mine to the port at Dampier in Western Australia and Rio Tinto’s mainline rail operations, the FLXdrive is anticipated to reduce the company’s fuel costs and emissions in percentage by double digits per train.

The battery-powered locomotive will help Rio Tinto’s effort to achieve a 50% reduction in Scope 1 and 2 carbon emissions by 2030, the companies said.

“The FLXdrive is ideally suited to support Rio Tinto’s sustainability targets for their Pilbara system,” said Rogerio Mendonca, president of Freight Equipment for Wabtec. “This locomotive provides the tractive effort, fuel savings, and emissions reductions to cost-effectively run rail networks in the mining industry. The rapid adoption of the FLXdrive by Rio Tinto and other mining operators demonstrates the industry’s commitment to decarbonizing their operations. This solution represents a major step toward achieving zero-emission locomotive fleets in the future.” 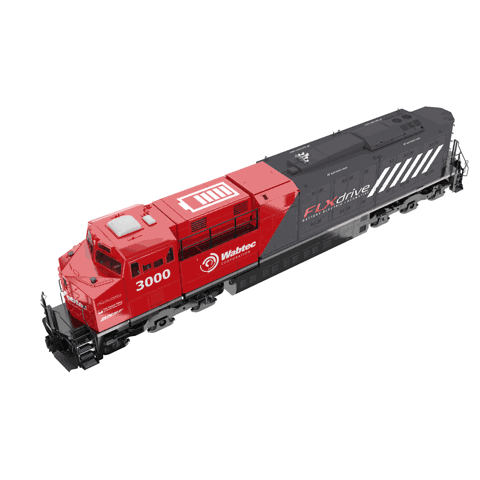 Wabtec and Rio Tinto announced an order for four FLXdrive battery-electric locomotives to support sustainable operations of the mining company’s rail network in the Pilbara region of Western Australia.

Wabtec will deliver the FLXdrive battery locomotives to Rio Tinto in 2023. The mining company plans on using the locomotives in multiple applications including as a shunter in the railyard and ultimately in mainline service. In mainline operations, Rio Tinto currently uses three diesel-electric locomotives in a consist to pull trains with 240 cars hauling about 28 000 tons of iron ore. The FLXdrives will transition from the diesel locomotives in mainline service to form a hybrid consist, and recharge during the trip through regenerative braking and at charging stations. Wabtec’s next generation energy-management software system will determine the optimal times to discharge and recharge the batteries along to route ensuring the most fuel-efficient operation of the entire locomotive consist during the trip.

“Rio Tinto is a progressive leader in the mining industry adopting advanced technologies necessary to drive sustainable, efficient operations that deliver results for its customers, shareholders, and communities,” said Wendy McMillan, Regional Senior Vice President South East Asia, Australia, and New Zealand for Wabtec. “We are proud to continue our long-standing relationship with Rio Tinto and support their efforts to reduce emissions and operating costs with the FLXdrive battery locomotive.”

Wabtec said the FLXdrive is the world’s first 100%, battery-powered locomotive, and part of Wabtec’s goal to develop the next generation of zero-emission locomotives. 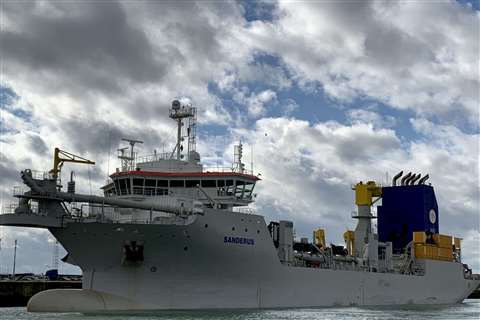 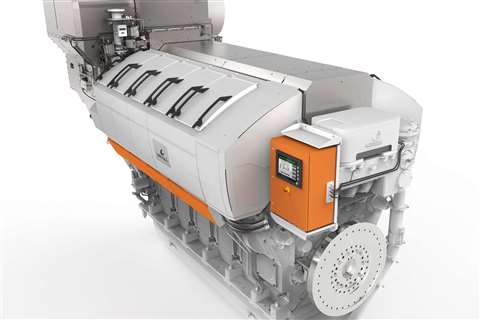