Trowis was founded in July 2019 with support from Wolffkran. Wolffkran says it recognised the potential of Trowis ropes whilst the company was still in its research phase. 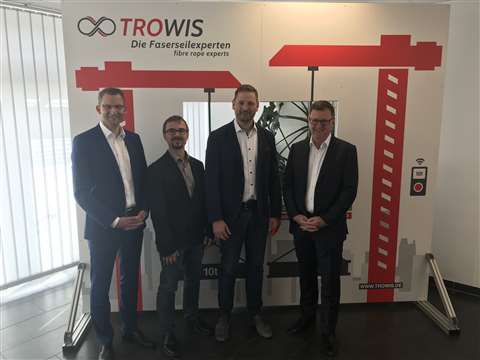 According to Wolffkran, Trowis fibre ropes are innovative due to their self-monitoring, doubly redundant composite fibre construction. Sensor elements are integrated in the rope. These monitor possible fibre fractures in the load-bearing rope and signal any damage to the crane operator. At this point, the load is taken over by the redundant load bearing reserve in the rope, ensuring that the load can be lowered safely.

This rope discard system is safer than other fibre rope systems in which the discard criteria can only be determined by an optical inspection of the rope, said Wolffkran. It also means that the rope is not discarded too early as the system makes it easy to use the fibre rope until the very end of its service life.

Wolffkran said that Trowis ropes also have a particularly high stiffness and low initial elongation due to a specially developed heat-setting process. This, it said, is essential for the safe positioning of loads and eliminates the need to ‘break-in’ the rope.

Trowis ropes are produced at the company’s premises in Chemnitz, Saxony, on a specially developed rope finishing line. With the conclusion of extensive tests in a laboratory environment, Wolffkran revealed that the new fibre rope is now going to be extensively tested on a test stand at the Wolffkran plant in Brandenburg and on Wolff cranes at a number of construction sites under live operating conditions. After completion of the field test phase, Trowis and Wolffkran will launch the self-monitoring fibre rope on the rope market. 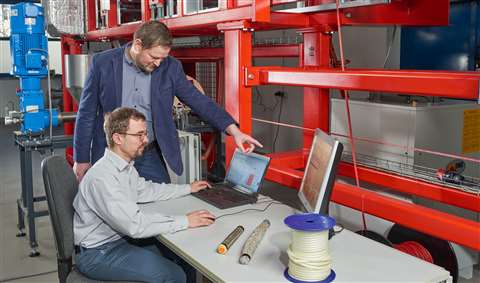