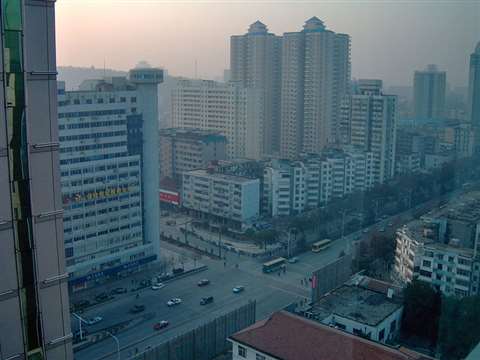 A picture of Wuhan, the capital of a province in China

Work has been suspended on construction of a 475m high skyscraper in the Chinese city of Wuhan, the capital and largest city of the province of Hubei, after the developer defaulted on a payment.

According to the Financial Times, China Construction Third Engineering Bureau Co have halted construction on the skyscraper following the defaulted payment from Greenland Group, one of China’s largest property companies.

The Financial Times also reports that construction of around twelve skyscrapers of a height of more than 300m have been postponed or are behind schedule.

China’s economic growth in 2019 is predicted to be 6.1%, which would be the slowest rate that growth has been for seven years.

The ongoing trade war with the US and less government economic intervention than in previous cycles means that in 2020 growth is likely to drop further.

In 1999, economist Andrew Lawrence developed the Skyscraper Index, a concept that draws a correlation between economic busts and the construction of the world’s tallest buildings.

It suggests that investment in skyscrapers peak when growth has been exhausted and the economy is on the brink of a downturn.