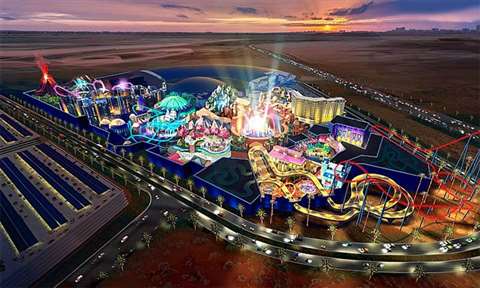 When completed the theme park will be the world’s largest

A US$1 billion theme park being constructed in Dubai is set to become the world’s largest when it is completed.

The World Legends Theme Park will be comprised of nine zones with various rides. It will be complemented by 9,700 m² of food and beverage options and 9,500 m² of retail space, all set within a temperature-controlled environment. It is expected to be completed by the end of 2020.

Abu Dhabi is expected to inaugurate the new US$1 billion worth Warner Brothers World on Yas Island in 2021.