XCMG on top of the world 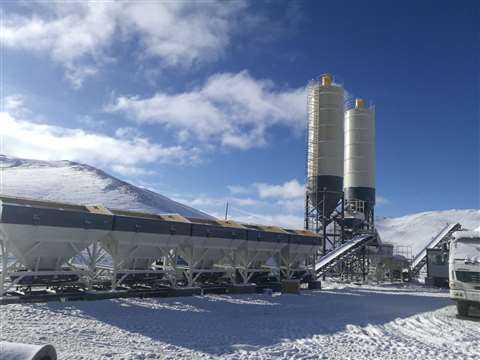 This is one of four such plants to be built in the area by XCMG on behalf of an undisclosed Shaanxi-based construction company.

The plateau was said to be of strategic importance in the implementation of both China’s Grand Western Development and its One Belt, One Road (OBOR) initiative

Known as the Roof of the World, the weather conditions on the plateau presented various challenges to XCMG, including low temperatures and high exposure to ultraviolet light from the sun.

The XC800S was described by the company as a combination of different types of machines used for mixing stabilised soil – which then goes on to be used in highway and sub-base construction.

XCMG said it was a refinement of previous products in the company’s XC series, equipped with a dual-mixing system and a small cement transition chamber. It has double-pan splitting-layer mixing technology that was said to improve mixing uniformity, and operators are able to perform various tasks – from adding ingredients and setting parameters to managing data and printing reports – through the plant’s intelligent controls system.