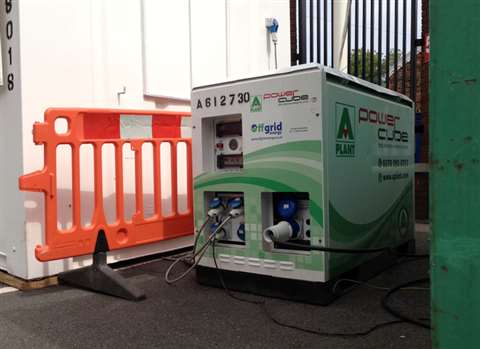 Claremont said it was mindful to keep work noise to a minimum and opted for a silent-running Power Cube from A-Plant for the majority of its power.

The Power Cube was used to silently power the workers’ offices, canteen, toilets and stores. Made up of 24 rechargeable batteries, the Power Cube takes charge from a generator, stores that energy, then automatically turns off the generator and slowly discharges the power silently.

Neil Officer, Claremont Group Interiors’ site manager said, “The Power Cube was brought in because the site backs on to houses on Skerries Road and we were mindful of how disruptive a generator could be. Since the Power Cube arrived on site it’s been running for over 75% of each working day with zero noise. Plus it’s resulted in a huge reduction in our generator fuel bill and it helps to reduce our carbon footprint at the same time.”