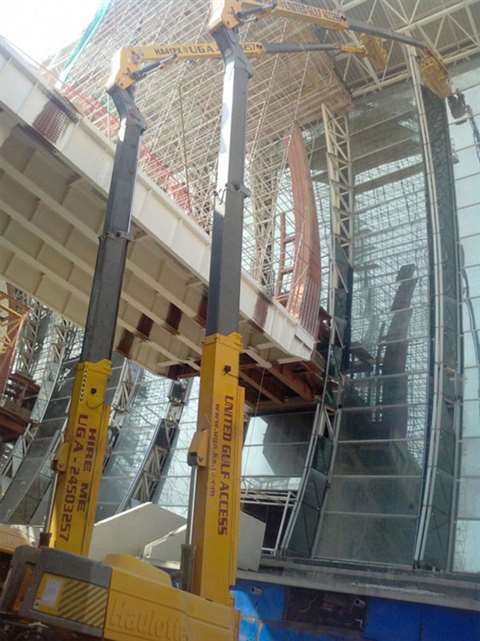 The KSA’s General Authority of Civil Aviation is increasing the airport's annual capacity from 13 million to 80 million passengers in three phases, the first to be completed mid-2017.

The new airport, over 105 square km, is considered one of the most important modern landmarks in the city.

It won an award for the world's best airport engineering project at the 8th Annual Global Infrastructure Leadership Forum in 2015. The design is inspired by Islamic architecture with a modern touch and reflects the desert, clear blue skies.

The telescopic HT43RTJPRO boom and diesel articulated HA41RTJPRO boom with its 360 continuous turntable rotation were used to reach working areas at the top of the structure. The HA260PX was used to build bridges at the airport’s railway station linking the two Holy Cities Mekka & Madina.

Several Haulotte diesel and electric scissors were used in the interior, including the H18SX and H15SX, while the heavy duty Compact 8 was used for electrical installations, false ceiling, fire sprinkle installation and interior design of the airport.