United Rentals has posted a revenues increase of 18.4% year-on-year for the second quarter of 2018, reflecting acquisitions made in the last 12 months. 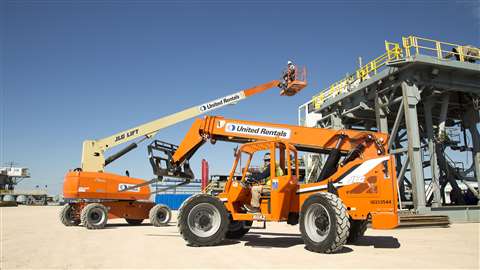 The company’s latest acquisition is BakerCorp, which signifies its entrance into the European market. While BakerCorp’s finances will not be accounted for within United’s at this stage, a number of large acquisitions made over the last 12 months have boosted the company’s financial power. Both Neff Corp and NES Rentals were bought for figures around the US$1 billion mark, and the company also invested some US$1.5 billion (€1.29 billion) in new equipment in 2017. It reported growth of 7.1% in the volume of equipment on rent, and a 2.8% increase in rental rates.

Net income, meanwhile, was US$270 million (€232.7 million) for the second quarter, which was aided by a net income benefit associated with the Tax Cuts and Jobs Act, which was enacted in December 2017.

Michael Kneeland, CEO of United Rentals, said, “We were very pleased with the momentum of our business in the second quarter, as strong gains in volume and rates helped drive better than 11% growth in pro forma rental revenue. Importantly, demand remained robust across our construction and industrial verticals in both the US and Canada. The Neff integration is largely complete, and we look forward to getting the process started with Baker this quarter.”

Kneeland continued, “Everything we see internally and externally points to a durable cycle and continued industry discipline in managing fleet growth. Given this backdrop, we’ve raised our 2018 guidance for total revenue, adjusted EBITDA and capex. We remain focused on executing a balanced strategy of growth and returns to maximize long-term value.”