The lawsuit also asserts that EquipmentShare has waged a four-year campaign of misinformation, trade-secret theft and employee poaching against Ahern. 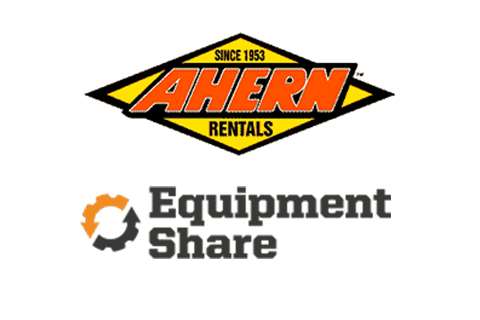 Ahern is seeking damages, as well as an injunction against EquipmentShare’s further use of the disputed telematics technology.

The keyless technology invented by Daniel Abshire - and subsequently acquired by Ahern - ensures only authorised operators can use rented equipment within the agreed rental period.

The technology also permits remote lockdown of the equipment if any attempt is detected to disable the authorisation code.

Ahern’s complaint alleges that around 2016, EquimentShare was having technical issues with its own Track system. So two company executives, who had previously known and done business with Abshire and were aware of his patented technology, arranged a meeting between the inventor and EquipmentShare’s Co-founder Jabbock Schlacks.

Ahern suggests that during the meeting Schlacks gleaned technical information from Abshire while asserting that the company was prepared to offer the inventor money and stock options for the rights to the patent.

However, Ahern claims that following the meeting EquipmentShare ceased communication with Abshire, and shortly thereafter EquipmentShare fixed the problems with its Track system.

EquipmentShare subsequently filed its own patent application with the US Patent and Trademark Office, describing functionality of its system that Ahern claims directly mimics Abshire’s patent.

Ahern’s lawsuit contends that the fix was accomplished with information gleaned from the meeting with Abshire, and infringes on his patent.

Lacking the resources to enforce his intellectual property rights on his own, Abshire assigned them to Ahern.

An Ahern representative said, “EquipmentShare’s shameless misappropriation of patent technology is only the latest manoeuvre by a company that does not seem to have the patience to try to earn market share.”

According to Ahern’s complaint, EquipmentShare launched a plan to saturate the construction rental market by opening more than 100 locations a year until the company could be sold or go public.

Ahern claims EquipmentShare poached between 200 and 300 of its employees, leveraging Ahern trade secrets such as customer contact, sales and pricing information.

Ahern has more than 54,000 pieces of equipment in its fleet, available through 94 depots across 30 US states. The company ranked 17th in this year’s IRN100 listing of the world’s largest rental companies, having achieved 2019 revenues of €687 million.

EquipmentShare has responded to the the claims by Ahern. The company said, ”EquipmentShare is still in the process of reviewing the complaint. It is clear from our initial review that there is no infringement because the mechanism described in the patent is not one that is utilised by EquipmentShare or described in any patent application EquipmentShare has filed. In developing the ES Track platform, EquipmentShare determined that mechanisms similar to the one described in Ahern’s patent would not be a practical solution for our customers and we are not currently aware of any company that utilises the claimed mechanism.

The statement continued, ”EquipmentShare is proud of its record of continuing to attract top quality employees and new customers by offering a superior working environment and better products and services than the competition. Instead of offering better working conditions and services to retain employees and customers, Ahern has instead resorted to filing multiple lawsuits against EquipmentShare and former Ahern employees in a transparent attempt to accomplish through litigation what it cannot through fair competition. EquipmentShare is confident that Ahern’s claims are without merit and that it will prevail against Ahern’s abusive litigation tactics.”