Heavy transport and lifting specialist ALE has completed the refurbishment of a 1976 Scammell Contractor truck. It was the first truck ALE’s founder Roger Harries acquired back in 1983 and it was used worldwide for almost 20 years before being retired from duty after completing its last job in the Bahamas in 2002. 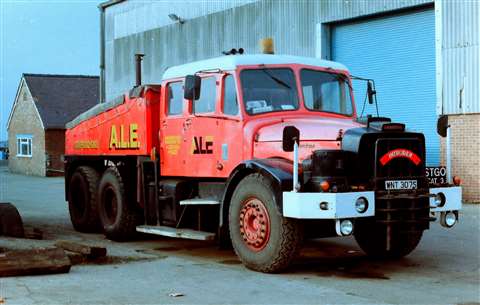 ALE started the build in June 2016 as a personal project and a specialist team of in-house mechanics and workshop staff were assigned to the task of restoring the truck to its former glory.

Initially, the work was outsourced externally to a specalist coach builder/sign writer, Graham Booth, who stripped the body down, organised the shotblasting and painting, and had most of the body panels remade to original specification. The timber framed cab was also removed and sent to a specialist to be remade.

An in-house ALE team then led the rest of the restoration project, which included a complete new air brake system, fully rewired electrics, a rebuild of the original Cummins NTC 335 engine, and many more hours spent replacing and sourcing parts to keep the truck as authentic as possible and getting it all fully operational.

The ALE paint shop and fabrication department also played a big part in the restoration, refabricating and painting many original parts that they could not replace. The fluid flywheel and RV-30 gearbox were overhauled by GB Marine and the new tyres were sourced and fitted by Stafford Mobile Tyre and Battery Service.

“We wanted the truck to look the same as how it was when Roger first used it, and spent a lot of time analysing old photographs to get all the detail correct,” said Tom Banks, plant maintenance supervisor at ALE – one of the team who led the restoration project. “It was a huge undertaking, as virtually nothing was salvageable, but with the resources available and a committed team we were able to put it into showroom condition. The team has been so dedicated to working on this, working long days and weekends, even performing road tests hours before the grand unveiling.”

The truck was finally unveiled as a personal gift to Roger in March. 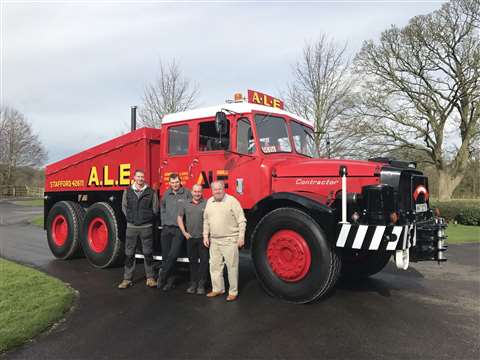 “To achieve this in such a tight time schedule is no mean feat. By utilising our in-house expertise and skills of our workshop teams, it demonstrates the capabilities of all of those involved. The drive and passion was evident throughout the project and we are all very proud of the efforts that have gone into making this restoration dream a reality,” commented Wendy Birch, ALE group resource manager.