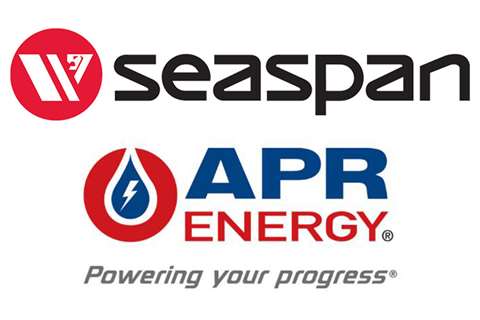 The deal values the US-based energy company at $425 million and incorporates $325 million of APR debt.

APR, which ranked 53rd in this year’s IRN100 and has a fleet of gas turbines and other power generation equipment, will be purchased in an all-stock transaction valued at $11.10 per share.

Seaspan, which runs a fleet of 112 container ships and reported revenues of US$1.1 billion in 2018, has created a new holding company called Atlas Corp, which will become the parent company of Seaspan and APR.

Chuck Ferry, CEO of APR, said, “APR is excited to be joining the Atlas team. We know this will provide a significant opportunity to remain the best-in-class for delivering fast power while expanding our efforts into renewable, alternative fuels, and other longer-term power projects.”

With this acquisition, Atlas intends to capitalise on what it says are ‘favourable market conditions’ for fast-track power generation. The company says demand for power is growing in emerging markets, there is a transition to non-baseload power sources, and natural disasters are increasingly causing power grid disruption.

David Sokol, Chairman of Seaspan’s Board, said the transaction would be “transformative” for the business; ”We are bringing together two leading, integrated platforms, in two industries in which we have long-term confidence – maritime and energy.

”APR has built a compelling business with contracted cash flows and a focused management team, led by their talented CEO Charles ‘Chuck’ Ferry. The addition of APR to Atlas will diversify our cash flows and expand our asset portfolio. We now have significant runway to deploy capital into two attractive businesses where scale and operational transparency can generate long-term shareholder value through cycles.”

The acquisition is expected to be completed in the first quarter of 2020.

John Campion, Founder and Chairman of APR’s Board of Directors, said, “The business is well positioned for its next phase of growth. APR has a bright future under the combined leadership of David Sokol and Chuck Ferry.”

Seaspan reported total revenues of US$1.1 billion in 2018, with net profits of $212 million. It employs 4500 people at its offices in Hong Kong, Canada and India. Its main executive management office is in Hong Kong.