Major improvements have been promised by Atlas Copco after the company launched its fifth generation of its flagship QAS generator range. 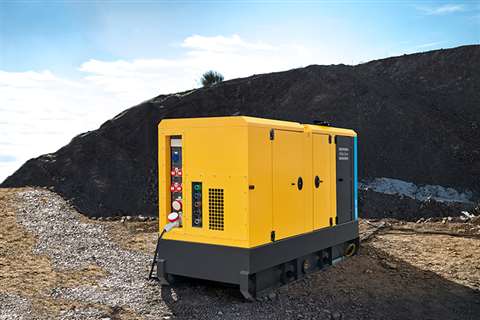 Named the QAS5, end users will see a 20% smaller footprint than comparable models on the market, along with reduced engine emissions, faster plug-and-play paralleling and a lower total cost of ownership, the company said.

The range has been developed to provide its users with a smooth transition towards the phased adoption of EU Stage V, coming into force in 2019. The first five models in the range are new versions of the QAS 80, 100, 120, 150 and 200 generators.

All the models include EU Stave IIIA engines, a high capacity fuel tank and an integrated variable speed drive motor. This combination is said to provide end users with an average of 5% reduction in fuel consumption, compared to the industry average for equivalent models.

Adrian Ridge, president of Atlas Copco’s Power and Flow division, said, “This year we are celebrating 30 years of leadership and innovation in the realm of mobile generators, and are proud to mark the occasion with the introduction of our QAS5 range.

“The fifth and latest generation of QAS gensets are designed from the outset to meet end-users’ evolving needs for sustainable productivity, increased operational flexibility and compliance with environmental and regulatory obligations.”

Noise levels have been reduced on the models and are now on average between 5 and 8dBA quieter than comparable generators. This is achieved, said Atlas Copco, by a combination of technologies, including a VSD motor-driven fan that adjusts the cooling flow to the specific requirements of the engine.