According to automation company B&R, payloads suspended from sling systems can be particularly sensitive to rotation around the vertical axis. If left unchecked, this can lead to uncontrollable, sustained oscillations. It says that its ‘mapp Crane’ software actively controls rotation to prevent unwanted rotational oscillation. B&R says that controlled rotation can also be helpful in cases where a payload needs to be positioned at a specific angle. With simultaneous control of both pendulum and rotational oscillation, B&R says payloads can be lifted to their destination quickly and precisely. 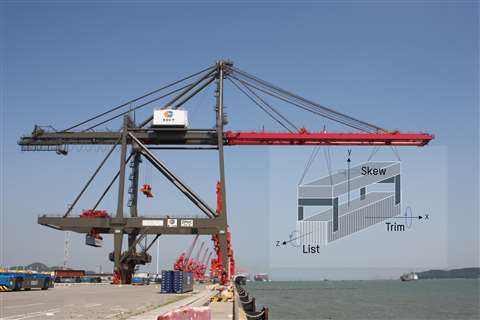 B&R also says its mapp Crane software also offers automatic path correction, which adjusts to changes to the end position while the crane is in motion. This is an especially challenging task with regard to path planning, says B&R, because the recalculations must account for the system’s oscillation dynamics in addition to its axis boundaries. With mapp Crane, this function can now be implemented with very little programming, the company claims.