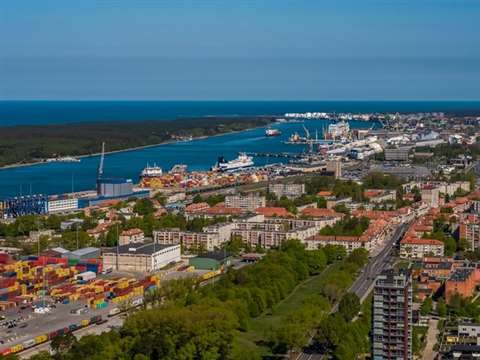 Between now and 2023, more than €350 million will be invested in the expansion of the Port of Klaipėda in Lithuania.

Officials from the Klaipėda State Seaport Authority (KSSA) have presented expansion plans, designed to ensure the port’s economic competitiveness, to Lithuania’s Ministry of Transport and Communications.

“The port gate will be handled and the channel for port call will be rotated. The port’s deepening will be continued and the quays will be reconstructed so that we could welcome bigger ships. We will attempt to make Klaipeda port safer and more competitive in such a way.”

Part funded by the European Union’s Structural and Investment funds, the Klaipeda State Seaport Authority has also invested heavily in the expansion.

Lithuania’s Minister of Transport and Communications, Jaroslavas Narkevicius, said, “Klaipėda Port remains the leader among the Baltic States. In order to keep this position, the port has to be competitive, to react expeditiously to the changing conditions of global market, and to create the necessary infrastructure for the port.”

According to KSSA, Narkevicius also said that the seaport was one of the countries key economic engines and that its development would create new commercial spaces, contribute to the region’s economy and bring in additional revenues for the state budget.