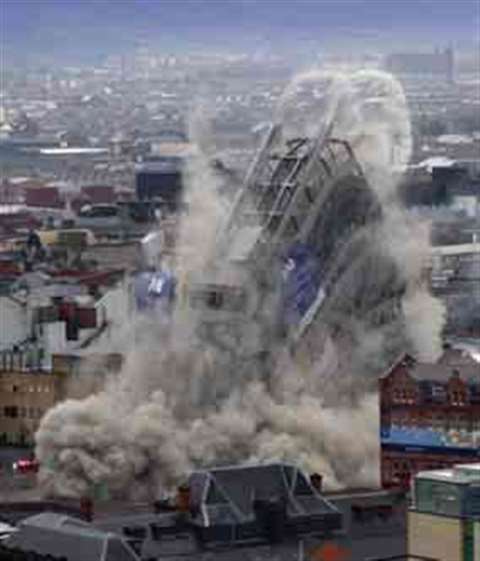 The whole blasting operation was carried out under a strict security operation.

Controlled Demolition Group's managing director, Darren Palin, said: “It was a real watershed project because it was the first time that the controlled use of explosives had been allowed to demolish a structure of this type in Northern Ireland.

Strict security restrictions surrounding the blow down involved flying the explosives by helicopter from Derbyshire to Belfast where they were delivered to the demolition site under armed escort.

Preparation work included the use of scaffolding and traditional floor-by-floor methods to remove a 16 m (52') strip off the end of the building at the same time as continuing to prepare the remainder of the structure for the explosives demolition. Steel reinforcement was then used to support the structure until the final preparations were made for the blast.