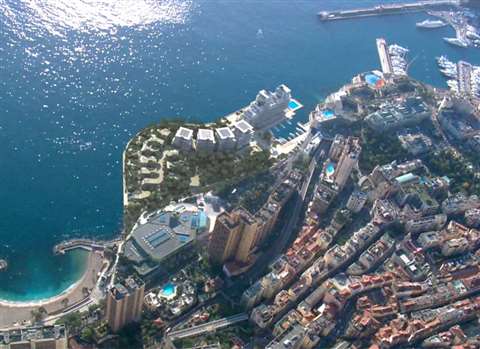 The Portier Cove project is in Monaco

Bouygues Travaux Publics, a subsidiary of Bouygues Construction, is starting work on the maritime infrastructure part of the Portier Cove land reclamation project in Monaco, which is being led by a local company, SAM Anse du Portier.

It will be the first phase of Monaco’s 6ha offshore extension. The total value of the maritime infrastructure works is approximately €1 billion.

Philippe Bonnave, chairman and CEO of Bouygues Construction, said the project would create 6ha of habitable space, “meeting the highest ambitions with respect to sustainable development and environmental protection”.

The project includes the construction of an eco-neighbourhood primarily consisting of housing – some 60,000m² – plus public facilities, an extension to the Grimaldi Forum, a public car park, a marina with pedestrian wharves, a landscaped park, a seafront promenade and a shaded, planted walk way running the length of the Japanese Garden.

The construction technique to be used for the maritime infrastructure is a fill enclosed by a band of 18 trapezoid reinforced concrete caissons, 26m high and weighing 10,000 tonnes each, equipped with absorption chambers.

These precast units are designed to help reduce breaches by strong swells, and protect the exposed areas of the project.

Bouygues added that the project would pay close attention to protecting the environment, preserving biodiversity – noting the proximity of the Larvotto Reserve and the Spélugues coral reef – and respecting neighbouring areas, sites and landscapes.

The eco-neighbourhood will qualify for a number of recognised environmental certifications, including HQE Aménagement, BREEAM and the Clean Ports label.

Bouygues Construction said it had developed “vast expertise in the design and construction of maritime infrastructures”. The group was responsible for the Tangier Med complex in Morocco, consisting of three ports built between 2003 and 2014. In 2011, it handed over the Busan container port in South Korea, the world’s fourth largest container port, and it has been chosen to design and build the extension of the new port of Calais.