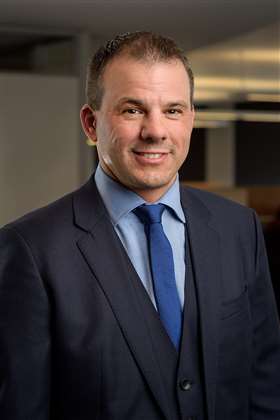 Cameron has twenry years of experience in surface and underground mining, with early career experience in the construction industry. He has served as a leader on the Rio Tinto team, one of Caterpillar’s largest mining customers. He will begin his duties with Caterpillar on November 2, 2020, and will be based in Tucson, Arizona, US.

Cameron joined Rio Tinto in 2003 and has led the full value stream of some of the company’s copper and diamond mines, including the Rio Tinto Kennecott mine outside of Salt Lake City, Utah. Most recently, he led the development and execution of the end-of-life strategy for Rio’s North American legacy assets.

Prior to joining Rio Tinto, Cameron was a civil engineer for Peter Kiewit and Sons, a large construction and engineering organisation. Cameron holds a Bachelor of Science degree in engineering from University of New Brunswick and holds a Master of Business Administration.