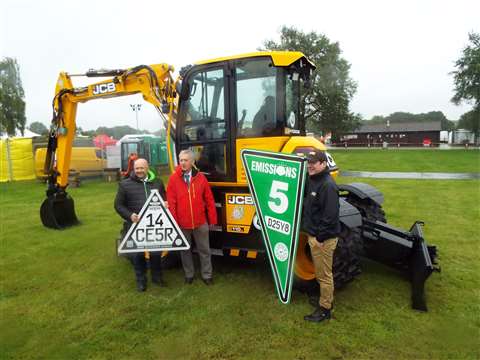 Since emissions are now a major UK government priority, there is growing demand for an easy and reliable way to confirm the emissions category of construction equipment used within Low Emission Zones and ‘green’ construction sites.

At present, advice from the UK government suggests regulators read a machine’s engine serial plate to determine its emissions category. However, this of course has the negative effect of causing downtime for a contractor, and it is time-consuming for the regulator.

The CEA’s solution, ECV, is an extension to its existing CESAR (Construction and Agriculture Equipment Security and Registration) theft prevention scheme.

It uses a simple, tamper-proof visual identification plate powered by technology provided by UK company Datatag. It has an RFID (radio-frequency identification) tag and a QR code that can be scanned to access information about the machine in question.

Rob Oliver, Chief Executive of the CEA, said, “The Emissions Compliance Verification (ECV) application for CESAR is the single biggest development since the scheme was launched as an anti-theft initiative in 2007.”

He added, “The mix of a secure database of machines’ vital information plus an easy to read and scan visual sticker cuts out a lot of work for construction site managers and local authorities.”

The system will also make it easier for rental companies to demonstrate to customers that its machines meet their emission standards.

Kevin Howells, Managing Director at Datatag, said the new scheme was the ideal extension to CESAR; ”By securely adding machine emission data to that already held regarding a machine’s identity, CESAR now provides important environmental insight for companies who are tasked with keeping construction sites within acceptable pollution levels.’ 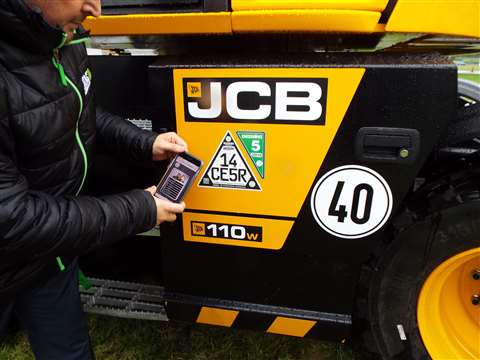 Using the analogy of road regulations and how they are policed largely by number plate recognition, which uses the DVLA’s (Driving and Vehicle Licensing Agency) databased populated from data supplied by car manufacturers, David Luscombe, Strategic Alliance Manager at Datatag ID, said, “CESAR could replicate what the DVLA does, but for non-road mobile machinery.”

The CEA has begun to roll out the scheme, starting with making it available to all currently existing CESAR partner manufacturers. There are currently about 320,000 machines on the CESAR database. While it will be more of a challenge to bring existing fleets of equipment within the scheme, ECV can be added as a bolt-on.

It is now open to manufacturers to sign up to, and the incentive for them to do so will be to meet demand from companies that are specifying the machines and competing for tenders that have increasingly stringent emissions requirements.

The first machine with an ECV plate is a JCB Hydradig, which was exhibited by JCB at Plantworx.

Companies and organisations that have been involved in the consultation process for the new scheme have included Speedy Hire, Lynch Plant, Balfour Beatty, HS2 (the high-speed railway between London and  Birmingham), IPAF and Highways England.