Chinese hospitals near completion in a week 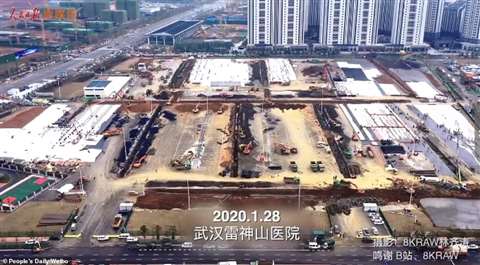 In response to the outbreak of the coronavirus virus China is building two hospitals in Wuhan – where the majority of those with the virus are located – in a matter of weeks.

The hospitals are being built using prefabricated units, which is one of the reasons they can be built so quickly. Wuhan officials are reported to be using blueprints from a hospital that was built on the outskirts of Beijing in around seven days during the SARS crisis in 2003.

Wuhan is in the central province of Hubei, which has a population of around 60 million – the majority of the confirmed cases are in the province. Despite Wuhan city being effectively placed into quarantine the virus has spread across China and to some other countries.

According to the BBC, the death toll for the virus has risen to 170 and there are 7,111 confirmed cases in China.