Construction employment in US grows 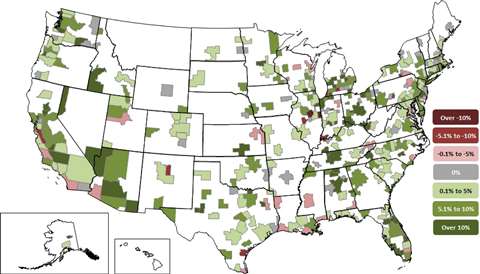 Construction employment in the US grew between January 2018 to January 2019, according to information released by the Associated General Contractors of America (AGC).

“While construction hiring remained very widespread through January, industry employment gains nationally slowed in February—possibly an indication that the pool of qualified workers has dried up in many markets,” said Ken Simonson, the association’s chief economist.

“It will be hard to match this level of employment gains when the unemployment rate is setting new lows in much of the nation and job openings in construction are at all-time highs.”

Association officials said that the number of unemployed construction workers is at a series low and urged federal officials to boost investments in career and technical education. They warned that firms may not be able to keep pace with growing demand for construction unless more young adults are exposed to high-paying careers in construction.