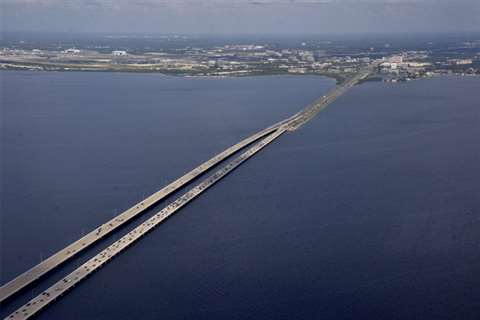 Three design-build groups have been shortlisted by the Florida Department of Transportation (FDOT) for a US$814 million contract to carry out works on the Tampa bridge project in Florida, US.

The bridge will be built next to the existing Interstate 275 Howard Frankland Bridge which connects Tampa and St. Petersburg over Old Tampa Bay.

The existing bridge needs to be replaced as it is reaching the end of its serviceable life. It will be deconstructed once the new bridge has been completed.

The new bridge will include four general use lanes and a 3.66m shared use path.

Each of these teams must now submit a technical proposal by 12 August, followed by a price proposal to be submitted by 8 October.

The FDOT will select the winning team of contractors by 14 October and construction is expected to begin in late 2019 or early 2020.

The completion date for the project is set to be late 2024.