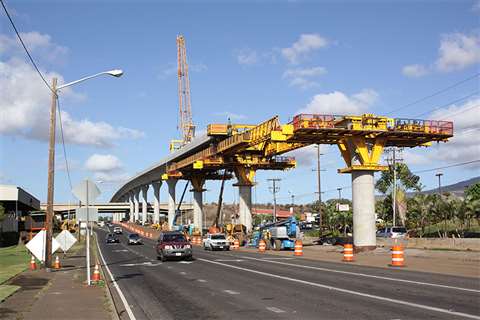 The rail project broke ground in 2011

The cost of an elevated rail project in Honolulu, Hawaii, US, has risen to US$8.3 billion – approximately US$3 billion more than the original estimate in 2014 – according to a review commissioned by the Federal Highway Administration and conducted by Jacobs Engineering Group.

The 32km, 21-station project is currently scheduled to be completed by 2026, a year after the original completion date.

There are reports that the local authority could turn to a public-private-partnership (PPP) model to complete the final stage of the project, which will see construction through residential areas of the city.

The PPP would see the cost of public investment capped at a specified figure and the private company involved responsible for any overspend.

Debate over the development of a rail system in Honolulu has been a major point of contention in local politics, with the city suffering from major traffic congestion.