UK contractor Costain has been awarded a technology contract to participate in an autonomous vehicle project on a major road in South East England.

Meanwhile, the group has reported a good first half performance, saying that evolving into a smart infrastructure solutions company, and proactively aligning with the fast-changing market environment was a part of this.

The road contract has been awarded by Highways England, the government-owned company which operates, maintains and improves roads in England. Costain will work in collaboration with Highways England, the Department for Transport, Transport for London (TfL) and Kent County Council to design, install and implement one of the UK’s first pilot connected vehicle corridors on a live road. 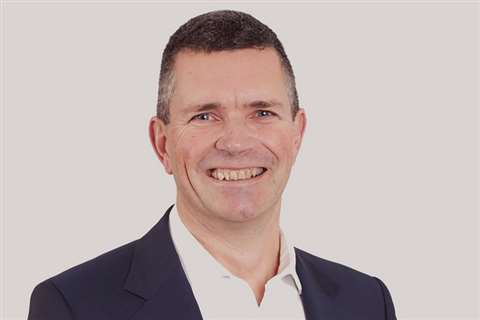 Mike Wilson, safety, engineering and standards executive director at Highways England, said, “Having the technology in place to allow vehicles to connect to each other and the road around them has the potential to improve journeys, making them safer and more reliable by providing real-time, personalised information directly to the driver. It could also help us manage traffic and respond to incidents.

“The A2/M2 trial will test and demonstrate how this may work in the real world. We are delighted to be jointly funding and part of this international project.”

Within the A2M2 connected corridor contract, Costain will be testing the wireless transmission of data to and from travelling vehicles.

Trial vehicles will be fitted with onboard technology that will communicate with roadside units via ITS G5 wireless communication, and with the service provider via cellular communication. This will convey information to the vehicle relating to road works, road conditions, temporary speed limits and the time remaining before a traffic light turns to green.

Costain said its first half performance featured a progression in group margin generating an increase in underlying operating profit, and it said it remained on course to deliver full-year results in line with the board’s expectations.

It said that “evolving into the UK’s leading smart infrastructure solutions company” was a highlight, “proactively aligning the group with the fast-changing market environment”. It claimed it was differentiating itself by offering the range of integrated technology enabled services increasingly required by clients.

It also highlighted its planned expansion to a new enlarged technology centre and added that a third of its people were now in consultancy or technology roles.

Costain said it had a “higher quality order book” of £3.7 billion (€4.12 billion) which was similar to a year ago. It added that over 90% continued to be repeat business.

Wyllie said, “We delivered another good performance in the first half of the year. The progression in group margin generated growth in underlying operating profit enabling an 8% increase in the interim dividend.

“The shape and nature of our activities continues to develop, reflecting our clients’ changing needs and their demand for integrated solutions to improve the performance and capacity of their assets.”