Midwest Crane Repair will retain its staff and management team. It will be rebranded as CraneWorks St. Louis.

“The agreement enhances CraneWorks’ ability to provide top notch support while expanding the footprint of its rapidly growing service and parts offerings,” the press release stated. Midwest Crane Repair will retain its existing staff and management.

“This acquisition represents our commitment to continue to provide best in class service in an expanded territory,” said Keith Ayers, CEO of CraneWorks. “For the past several years, we hired and trained some of the best crane technicians in the industry and quickly became known as the go-to provider when our customers need their equipment back up and running. The t 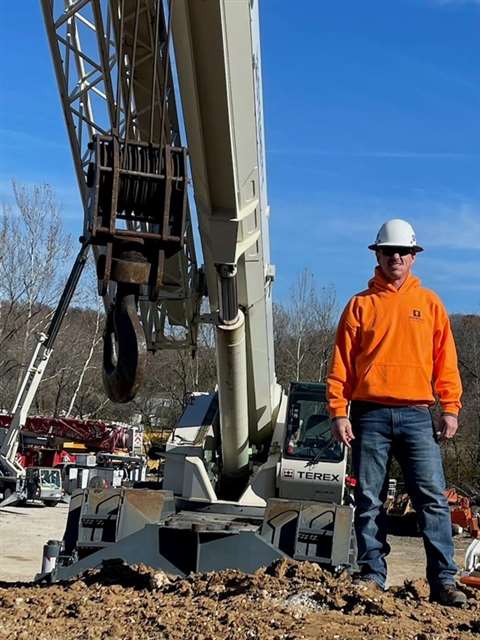 Jon Henry founded Midwest Crane Repair in 2013. He will remain with the company that will be rebranded CraneWorks St. Louis.

eam at Midwest Crane Repair built a reputation in the region by performing top quality work with the sense of urgency that the crane market demands, making them a perfect fit for the CraneWorks team.”

“We understand that downtime at a jobsite can be costly, or worse, damage our relationship with one of our customers,” said Henry. “Therefore, we take a personal approach and a vested interest in getting our customers’ equipment back up and running as soon as possible. I see this same theory of operation at CraneWorks. Keith Ayers and David Collis have built a respected company through hard work and dedication to the industry. I could not envision a better fit for myself and my team at MCR than to be a part of the CraneWorks family. CraneWorks St. Louis will still provide best-in-class service to our customers in the Midwest, but we will now be able to offer considerably more. We will have direct access to multiple crane manufacturer lines for new machines, rentals, parts, and software. Additionally, our existing customers will be able to lean on the rest of the CraneWorks team in areas of the country where historically we were not able to provide service.”

Founded in 2002, CraneWorks consistently expanded its offerings and footprint in all things lifting, Ayers said.