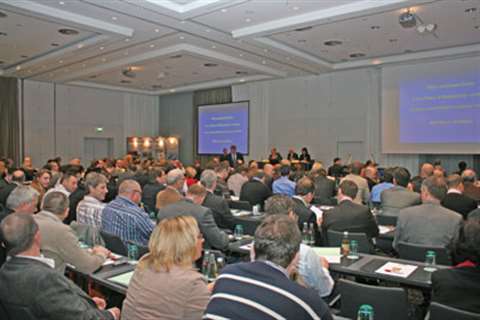 Berlin is once again the venue (as always) for the German Demolition Conference, which again is staged at the Hotel Berlin Berlin in Lutzowplatz on the 19 and 20th of March. Unfortunately for D&Ri, these dates clash with the NDA Convention, meaning that for the first time in four years, we will be unable to be present to report in person on what has become to be one of the largest gatherings of the demolition industry in Europe.

The event this year takes its usual form, with a full one-day conference programme with 16 technical presentations being made over the course of the day, with topics varying from the latest demolition standards through to operator training - as always, a packed programme.

The Friday evening will see the traditional visit to the "Old Pumphouse", where delegates will be able to sample traditional German cuisine, naturally washed down with steins of "Freibier", which needs no translation!

The Saturday will see visits to various demolition and construction sites around the city of Berlin to see the best in practice.

The 20th German Demolition Conference is of particular note for another reason, however, since it sees the last formal involvement of the brains behind the original event, Dr Dieter Korth. His efforts in establishing this event as a major date in the conference calendar for the demolition industry are to be highly commended and it was for this reason that he was presented with a special Demolition Personality Award at the inaugural Demolition Awards in November 2009. D&Ri would like to wish him well for his retirement.

The 2011 event will be organised by the Deutsch Abbruchverband and there is no question they will have a hard act to follow.