The collapse of an under-construction, 34 m-long elevated section of metro in the Indian capital New Delhi on Sunday killed two people and injured another 30, according to The Times of India.

The accident happened at about 07.00 on Sunday (19 October) at Vikas Marg in the Lakshmi Nagar area of east Delhi when a launching gantry being used to join prefabricated concrete structures between two bridge pillars collapsed, said the report.

This in turn led to part of the elevated section, part of Phase II of Delhi's metro development, coming down.

Each section of the elevated metro is made of 12 precast concrete segments. Local reports say initial inspections point to a "mechanical failure" in the launching gantry.

Ten of the section's 40 tonne segments had already been raised. The accident is understood to have happened while the 11th was being lifted, The entire section collapsed.

A bus, a crane, a truck and several cars were trapped under the debris. The bus driver and a construction worker were killed in the accident. Nearly 30 other people were injured.

Delhi Metro Rail Rail Corporation (DMRC) has launched an investigation into the collapse.

A DMRC spokesman was quoted as saying that "all construction activities" on Phase-II of the Metro "would be reviewed".

Phase II of Delhi's metro system is expected to be completed ahead of the 2010 Commonwealth Games. 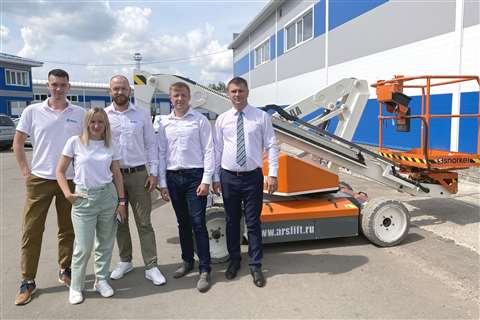