More than 250 delegates from Turkey and the region attended the first joint KHL/Apa Demolition Conference Turkey, held at the Marriot Asia Hotel on the Asian side of the city of Istanbul on March 7, 2013.

The event included a mix of Turkish speakers and some of the best-known names in the industry from around the world, including Brandenburg's Bill Moore, Erith's Dave Darsey and Stuart Accleton, the NFDC's chief executive Howard Button and Diane Stil of Nikau Contractors, who without question scooped the prize for the furthest travelled attendee.

With a major demolition drive announced, the country will see some 6.5 million buildings deemed not sufficiently earthquake resistant demolished over the next 20 years. However, the demolition industry in the country is at a relatively early stage in its development and the expertise and advice of contractors from outside the country is being welcomed.

With this in mind, the final announcement of the day was that the second Demolition Conference Turkey will be held in early March 2014, once again with key figures from the demolition sector once again offering an insight into the best the industry can offer. The date and venue will be announced in due course. 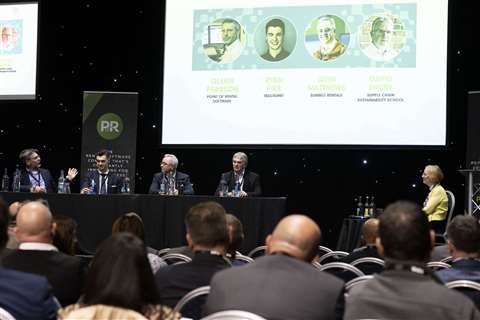