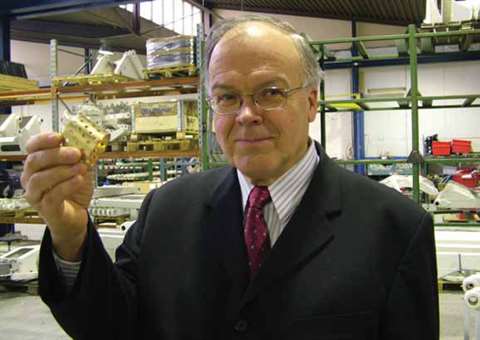 Erkki Hokkinen, managing director of Finnish trailer mounted platform manufacturer Dinolift, has resigned from his post and is being replaced by the company's founder and chairman, Lars-Petter Godenhielm.

The change is effective immediately, and sees Mr Godenhielm return to the position that he occupied before Mr Hokkinen's appointment three years ago. Mr Godenhielm will also remain as company chairman.

"The present difficulties with sales is the reason for the resignation" says Mr Godenhielm, "Dinolift Group achieved sales of almost €35 million in 2008; a new all-time-high.

Prospects for this year, however, are very diffuse although some markets are less depressed than others.

"Predicting sales for the current year is very difficult, although good salesmanship will be rewarded", said Mr Godenhielm.