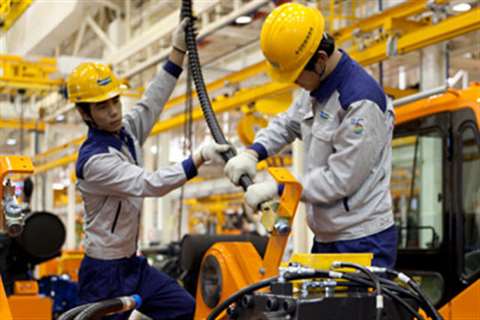 Doosan Infracore's new excvator and loader factory in Gunsen, South Korea does not require any parts storage or forklift trucks.

The company started work on the 610000 m2 facility in 2007, and has invested KRW 115 billion (US$ 102 million) in the plant. One of the principles Doosan employed when designing it was to build, "A plant that has three no's - no delinquency, no storage and no forklifts."

The no delinquency, or no mistake part is covered by automatic welding systems and double checks of fabrications. The need for storage has been done away with by sharing real-time production data with parts suppliers, while an automatic transport system has removed the need for forklift trucks. A company statement said, "Doosan Infracore plans to further develop and refine the Gunsan plant as the global standard for a production base."