The latest agreement on the Energy Performance of Buildings Directive (EPBD) in the European Union has been welcomed by the EBC (the European Builders Confederation), the association which represents SMEs (small and medium-sized enterprises) in the EU.

The Permanent Representatives Committee (COREPER) confirmed the agreement reached between the Estonian presidency and the European Parliament in December 2017 on the revised EPBD.

The EBC said that the compromise advocated a better energy performance of the building sector, which is responsible for about 40% of final EU energy consumption.

The EBC said it welcomed the provision urging Member States to facilitate access to mechanisms for the aggregation of projects in order to enable investor access and packaged solutions for potential clients.

“Given that around 92% of enterprises in the construction sector have less than ten workers, project aggregation is an important step to improve and simplify the offer vis-à-vis home owners and investors,” said Quintieri.

In addition to this, EBC said it especially supported the promotion of mechanisms to reduce the perceived risk of energy efficiency operations, the use of public funding to generate private-sector investment, and the offer of accessible and transparent advisory tools for consumers to help drive energy renovation investment.

The collection and dissemination of best practices by the European Commission on successful public and private financing schemes for energy efficiency renovations is another important element of the long-term renovation strategy, said the EPD.

And the European Commission will provide information about schemes for the aggregation of small-scale energy efficiency renovation projects. EBC considers the Energy Efficiency Mortgage launched by the European Mortgage Federation a good example for a private financing scheme. It said it focused on setting mortgage schemes with preferential interest rates for the energy efficiency renovation of homes and/or additional funds for retrofitting homes at the time of purchase. 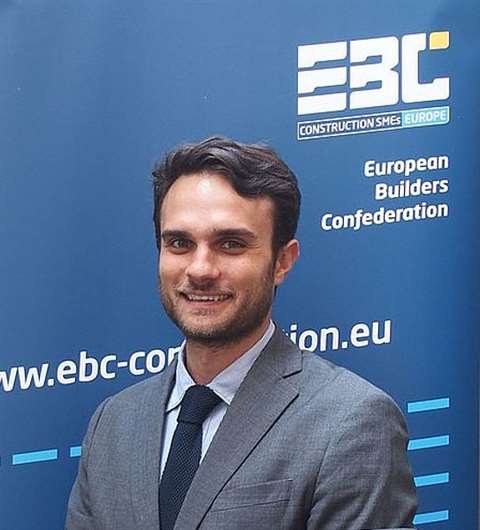 It added that the Picardie Pass Renovation scheme in France was a successful example of public engagement, because it focused on the aggregation of small energy renovation programmes into larger frameworks.

“Awareness of best-practices is still low, although various public and private initiatives developed successful projects. Thus we believe further efforts are needed to spread ideas on how to effectively engage with energy efficiency renovation.”

EBC said it was glad to see that Member States could link their financial measures for energy efficiency improvements in the renovation of buildings to a number of determinants for energy savings, such as standardised values or the energy performance of the equipment and material used.

“We support financial incentives linked to targeted energy savings, because they reduce the uncertainties of home owners and allow them to receive at least part of the financial support at the beginning of the renovation,” said Quintieri.

The EPD added that the agreement “rightfully” recognised the importance of alternatives to inspection of heating and air-conditioning systems, such as maintenance which ensures that the system/equipment remained in an efficient state, working order and in good repair.

However, the EBC is disappointed about the increase of the threshold to 70kW which excludes the vast majority of single family homes from regular checks.

“All Member States should be aware of the important role of heating and air-conditioning systems in smaller houses, which represent around 51% of the EU building stock,” said Quintieri. “That is why lower kW-thresholds for systems on the national level must be put in place.”

After the endorsement by the European Council, the European Parliament will have to approve the agreement reached on 19 December, 2017. Currently the vote in plenary is scheduled for the 16 April, 2018.