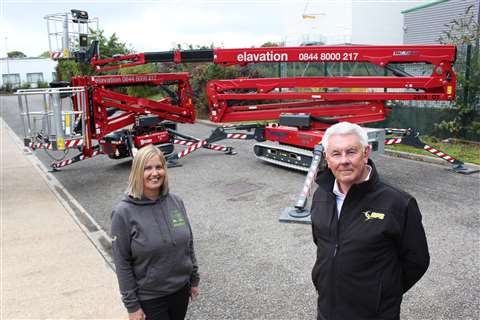 According to APS, the tracked platform order is the largest it has received this year for Hinowa units.

“The confidence Dan and his team has in Hinowa reflects its position as the leading spider platform brand in the UK, a position built on clear performance advantages.”

According to APS, a number of models from across the Hinowa tracked platform range will be delivered to the rental company over the next few months. While the exact number of machines in the order has not been disclosed, a Hinowa TeleCrawler13, with all-electric drive motors is among the models due to be delivered.

Elavation’s operations manager Dan Gonzalez said, “We’re very confident that Hinowa spider platforms, backed by the service provided by APS, are the right choice for us.”