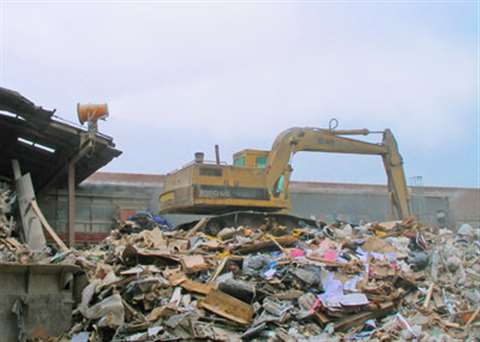 Cooper Tank Transfer's 3,416 m2 (40,000 ft2) facility in Brooklyn serves the New York City area, processing more than 400,000 tonnes of C&D waste annually. Opened in 1986, the site today routinely recycles 80% of its intake. Grapple-equipped excavators carry out conveyor loading, with material being screened twice to remove fines and debris under 30.5 cm (12 in) in size that is processed mechanically. Metal waste is then removed using a magnet while an air knife separates stone and brick. Finally, larger debris is separated by 16 manual pickers on the conveyor line.

These operations naturally stir up a lot of dust, which has to be suppressed to protect workers, surrounding neighbours and the environment. After using a variety of means to achieve this (an extensive perimeter misting system, wind systems and manual spraying), the company has for over a year been using a DustBoss DB-30 unit mounted on an I beam 6 m (20 ft) above the ground. The DB-30 has a throw of 30 m (100ft) at ground level that is considerably improved by its elevated location. According to Cooper Tank Transfer general manager Ray Kverdas: "Using the DustBoss helps prevent us from being caught off-guard by a particularly dry or dusty load. It also contributes to our overall commitment to environmental responsibility and respect for our neighbours. It's been a very effective technique for us." 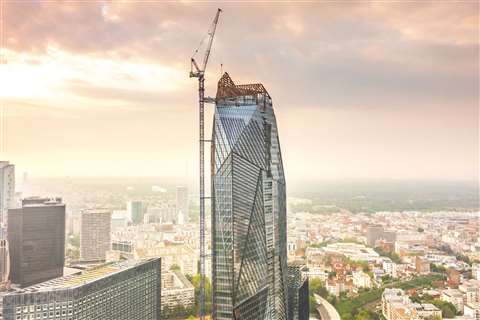