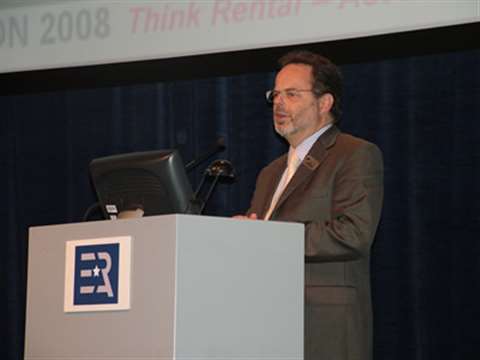 The association, which released its latest ‘best estimate’ figures at its annual convention in Amsterdam, being held alongside the International Rental Exhibition, also estimated that the European market would grow by around 5.5% this year.

Michel Petitjean, ERA’s secretary general, said, however, that the forecast for 2008 was complicated by the economic uncertainty; “The markets are changing so fast that this [forecast] is almost out of date.

In the last two months we have seen such a brutal increase in oil prices, which has a big impact on our industry.

We projected so much increase, [but] we already know today it will be hard to reach.” The full ERA estimates for 2007 will be published on the ERA website within two weeks, but headline figures included growth of 11% in France, 6% in Germany, 19% in Italy and 17% in Spain.

Spain’s rental market, despite the Spanish housebuilding decline, is forecast to increase by 15% this year.

This report, which will replace the ‘best estimate’ figures just anounced, will be published in mid-October.