Erith Contractors enjoyed a golden hour at this year’s World Demolition Awards in London, organised by Demolition & Recycling International in co-operation with the European Demolition Association. 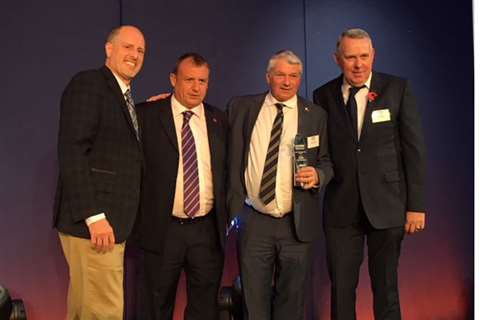 The United Kingdom-based company, which marked the 50th anniversary of its formation in September, took the honours in the Industrial, Contract over US$1 million and Safety/Training categories.

Its winning project in Contract of the Year, which involved a challenging task at London’s Marble Arch Place, was also selected for the overall World Demolition Award as the “best of the best” according to the eight-strong international panel of judges.

But this year’s awards – which formed part of the World Demolition Summit (WDS) and took place at the Millennium Gloucester Hotel in the UK capital – were far from a one-company show.

Coleman Group of the UK added to Europe’s tally with the Civils Demolition award as the contractor responsible for the Waterloo International Terminal in London.

From North America, there was more joy for Priestly Demolition of Canada, which followed up its own World Demolition Award win in Miami last year by triumphing in Contract under US$1 million and Recycling/Environmental. 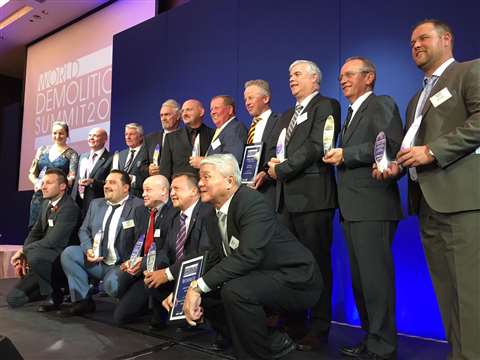 Meanwhile, the USA got on the board with the Berg Corporation’s demolition of the Museum of The Bible in Washington DC, which took the Urban Demolition award, while Brandenburg Industrial Service Company came out on top in Collaboration courtesy of a multi-partner project to take down the Radisson Star Plaza Hotel and Convention Center in Indiana.

For Africa, Jet Demolition achieved first place in Explosive Demolition for its work on the HG de Witt Building in Pretoria.

Ginlee Construction of Singapore did the necessary for Asia, winning the New Entrant Award for companies entering for the first time or after an absence of at least three years.

Fittingly, in a year when the awards migrated from Miami to London, the two Manufacturers’ Innovation awards went to companies on either side of the Atlantic.

UK-based Kocurek, which converted a standard mining excavator into a high reach demolition machine, won in Plant and Equipment, while Demolition Resources Inc of the US was the winner in Tools and Attachments for its Modular Light Duty Baler.

Finally, there was a Highly Commended from the judges in the Industrial category to DDM Demontage of the Netherlands, which was just edged out by Erith Contractors for first place.

The World Demolition Summit, which also includes a one-day conference as well as the awards ceremony, is organised by Demolition & Recycling International (D&Ri) magazine in co-operation with the European Demolition Association. Headline sponsor is Volvo Construction Equipment. Details of the date and venue of the 2018 event will appear in D&Ri and online at www.khl.com