The finalists for the ESTA Awards 2020 have been announced by the jury of experts. 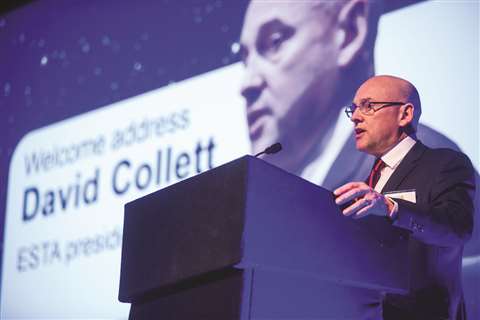 A record number of entries were received for this year’s European Association of Abnormal Road Transport and Mobile Cranes (ESTA) Awards of Excellence, presented during the annual ESTA Users’ Night and Awards gala dinner and awards presentation evening.

The awards will now take place on a new date in October - still to be confirmed - rather than 23 April, because of the Coronavirus crisis. Read the full story here.

A maximum of four finalists are shortlisted in each of the ten categories. The 38 selected this year come from 24 companies and 13 countries. They were chosen from a larger group of entries than in any previous year. The 2020 list once again shows how the awards have become a major pan-European event.

The shortlist, by category, is as follows:

The awards evening originally scheduled for 23 April has been postponed until October due to the Coronavirus Covid-19 situation. See the postponement story here. For the latest updates and more on the Awards see: www.khl.com or the event website: www.khl.com/esta or the ESTA association web site: www.estaeurope.eu