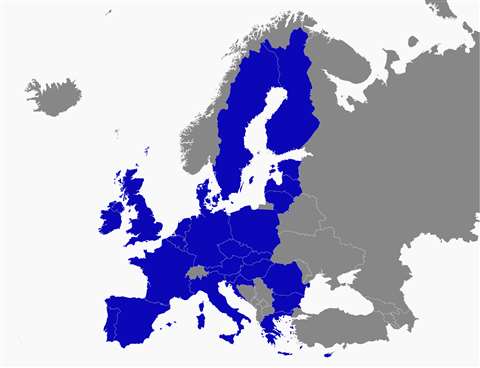 The European Commission’s proposal to introduce a services e-card has been rejected by the Internal Market & Consumer Protection Committee (IMCO) of the European Parliament – a decision that is being welcomed by three industry bodies who campaigned against the move.

FIEC (the European Construction Industry Federation), EFBWW (European Federation of Building & Wood Workers) and EBC (European Builders Confederation) had all expressed their concern about the proposed e-card, which was part of the Services package published by the European Commission on 10 January.

The European services e-card was claimed to be a simplified electronic procedure which would make it easier for providers of business services – for example, engineering firms, IT consultants, organisers of trade shows – and construction services to complete the administrative formalities required to provide services abroad.

The report on the European Commission’s proposal to introduce a services e-card, among other things, in the construction industry has now been rejected by the committee, after all the other European Parliament committees involved had already reached the same decision about the proposal.

The three associations said that having opposed this proposed legislation for its sector, the construction industry was relieved that it had not been welcomed by the European Parliament.

They added, however, that the acceptance of the construction industry’s arguments and warnings against possible negative consequences of this proposed legislation should not be taken as opposition to the proper functioning of the Internal Market. This is despite the arguments being accepted by a majority of MEPs in IMCO, and other European Parliament committees – EMPL (Employment & Social Affairs), JURI (Legal Affairs), ITRE (Industry, Research & Energy) and ECON (Economic & Monetary Affairs).

On the contrary, said the three associations, it was an important signal that the Internal Market freedoms, the creation of a level playing field, appropriate tools to prevent abuse and fraud, and the enforcement of the law had to go hand in hand, in order to be efficient and acceptable.

At the same time, they added, this was also a clear indication that all efforts to develop and strengthen these aspects of the EU Internal Market were much more likely to succeed if they have been prepared in close co-operation with all the representative stakeholders of the industry sectors concerned.