Eurovia, the VINCI subsidiary specialising in transport infrastructure and urban development, has signed an agreement to acquire 100% of the shares of Quebec civil engineering contractor TNT group, a subsidiary of Transelec Common Inc. 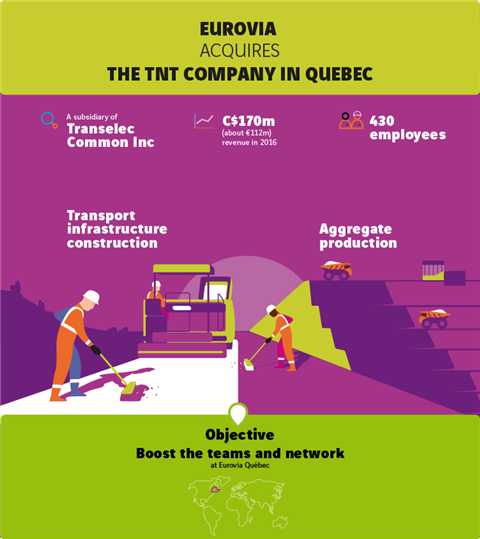 Eurovia is a subsidiary of VINCI

TNT group employs 430 people, generated revenue of CAD $170 million (US$135 million) in 2016 and operates a large quarry in Laval as well as asphalt concrete plants in Montreal and Laval.

This acquisition reinforces the Eurovia Québec teams and network in ten regions of the province.

Eurovia operates in the Canadian provinces of Québec, Saskatchewan, Alberta and British Columbia.