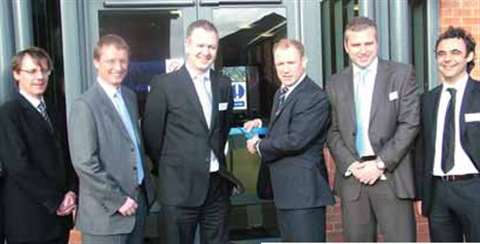 The UK's Lavendon Group is rebranding its European access rental businesses, eliminating the Zooom name and focusing on the Nationwide, Lavendon, Panther and Gardemann brands.

Its German business switched entirely to Gardemann at the start of this year, and the Zooom and DK Rental brands will be phased out in Belgium, France and Spain over the next 18 months, to be replaced by Lavendon.

In the UK, the main access business remains as Nationwide, but the smaller regional businesses – Panther, AMP, Kestrel and Higher Platforms – will be collected under the single Panther name. The Rise Hire, Skylift and Wizard Workspace businesses will operate under the Nationwide name.

The UK branding changes are a priority this year, with the Spanish, French and Belgian rebranding to be made in 2009. In the Middle East, Rapid Access becomes Rapid.

Had it been an easy decision to replace the well-known DK Rental name in Belgium, where it is market leader? No, says Mr Appleton; “The guys in Belgium were perfectly happy – they actually proposed that Lavendon be used.”

Alongside the name changes – which were announced at the official opening of Lavendon Group's new corporate headquarters in Lutterworth, UK – comes a new 'tick symbol' logo in blue and yellow that will be used throughout the company.

“We want to make a clean break from the past”, says Kevin Appleton, Lavendon Group chief executive, “[it will give us] a greater family feeling in the group.” The group was operating under 11 different brands at the end of last year. “The tick becomes the unifying element for the group,” he says.

The UK Nationwide and Panther businesses will be operated by a new division called Lavendon Access Services, under UK chief executive Andy Wright. Richard Miller remains in charge of all the regional businesses, now under the unified Panther banner. Andy Wright says the name change will not be a problem for the non-Panther companies; “The local businesses are about the people, not the name.”

The new headquarters are at the same business park as the previous offices, but consolidate all head office operations under a single office. “We are a straightforward, professional access rental business and we think the new building effectively mirrors those qualities,” says Mr Appleton.