Despite some political uncertainty, all three major categories in the construction industry saw growth above 20% during 2019. Joe Sargent rounds it all up

A year of positivity has been seen throughout 2019 for the construction industry. In fact, it isn’t just the industry that has benefitted but, generally, the global economy as a whole.

The Dow Jones, Nikkei 225, CAC 40 and Dax Xetra all rose by over 20% in value over the 52-week period. Considering the impact of Brexit on the UK economy, the UK’s FTSE100 market was also relatively strong in terms of growth percentage, 13% over the year.

Perhaps reflecting this strong economic performance, the total CE share index value represents a growth of 31.79% for the year. In 2018, only a handful of listed companies saw a positive share growth during the year – all of them being contractors – but in 2019, 51 out of 65 companies ended the year with increased share prices.

The materials producer segment proved the best performing as it collectively had the biggest increase in share value. At 41.65%, the CEM Index figure highlights how important the year has been for companies in this field. In 2018, the CE materials figure stood in stark contrast, falling in value by 23.83%.

The top of the table for 2019 is Schneider Electric, a French multinational corporation specialising in electrical equipment. The company boasts a share growth of 57.74% over the year and as we arrive into 2020, some might see it as a sign of the times that a company priding itself on delivering green energy solutions has taken the crown as CE’s highest performing listed stock.

The company has been championing a campaign for the collaboration of what they call the “consumer’s green decentralised energy future needs” throughout the year in a bid to boost global sustainability.

Schneider Electric also intends to make good use of new technologies such as the Internet of Things, energy storage, artificial intelligence (AI) and blockchain as part of a prosumer movement to benefit the end user.

Just under half of the top 15 companies, according to percentage change, were companies in the materials sector, with the next best performing sector belonging to the contractors taking six places in the top 15.

Despite a lesser number of Original Equipment Manufacturers (OEMs) placing high on the table, the year was still a positive one for OEMs.

Specialist forecasting company Off-Highway Research has suggested that in 2018, the sale of construction machinery reached the cyclical peak as demand rose to 178,394 units sold in Western Europe. In 2019, however, demand has not been as prominent, but is still high as it represents as it falls only 3% on the previous year.

Proving successful this year, after falling 21.94% in value last year, crushing and screening specialists Metso take the second spot on the list with an increase in share value throughout 2019 of 55.98%. The company has attributed its key shareholder growth with its chosen market strategies in minerals and flow control.

Reportedly, in April, the Finnish firm began developing a demerger plan with fellow national firm Outotec and has agreed that the Metso Minerals brand will join the latter to create a new company.

This action of creating Metso Outotec will according to the two companies “leverage the strengths of both companies including technology and R&D [research and development], product and process excellence, scale and global service offering footprint.”

The companies also added that the combination of the two will deliver significant benefits to all stakeholders and an Extraordinary General Meeting was held in October approving the plans.

The third best performer over the year was also the highest performing contractor. UK based Morgan Sindall experienced a large gain in share value over the year, rising by 55.38%.

In 2018 the company featured number 33 on the list after falling by 25.55% in share value despite a group revenue for the year of £3 billion (€3.53 billion) and posting a record pre-tax adjusted profit of £81.6 million (€95.96 million) although, at the time, Brexit uncertainty was at its height. 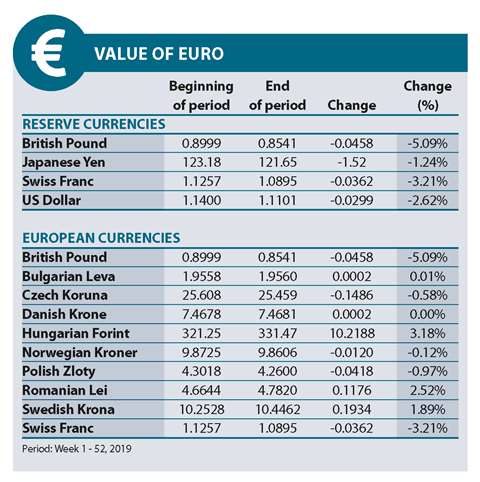 The four-year framework will be used by more than 20 Welsh councils and public bodies for schools, leisure facilities and municipal buildings. Morgan Sindall’s portion of the contract is said to be valued at up to £140 million (€164.4 million).

The CE contractor index (CEC Index) saw a rise of 28.88% in 2019, a far improved percentage change on the 2018 figure of -18.21%. During 2019, 25 of the listed contractors saw a growth in share price with one, Hochtief, retaining the same figure start figure as it had during the first week of the year.

Four listed contractors suffered falling prices over the year, two of which sustained vast drops in value. UK-based Kier Construction ended the year a lot poorer in the eyes of investors as it slid by a dramatic 76.28% over the year.

On 3 June the UK company endured a drop in share price of 42.4% following on from its announcement of a profit warning in which it informed its stakeholders that the company expected to fall short of its predicted profit by £40 million (€45.18 million).

Not only did the company suffer in terms of its bottom line, but it also struggled with clear direction from the top as ex-Kier boss Haydn Mursell left the company suddenly at the beginning of the year. It took two months before a new CEO, Andrew Davies, was appointed. 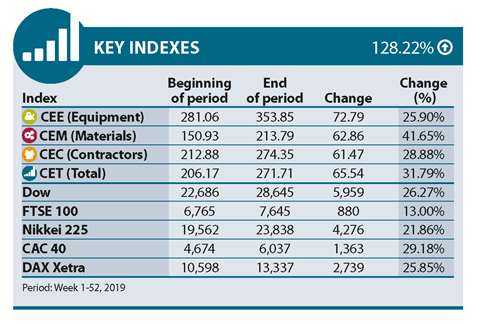 It was reported that Davies was due to take the top job at fellow UK firm Carillion just one week before its collapse in 2018. Now, with Kier dropping just over three quarters in share value since January, the new CEO looks to be presiding over what has been dubbed by speculators as the next Carillion.

The penultimate company on the list, with the second poorest performance this year was yet another contractor. Italian construction company Trevi group experienced a 48.39% shortfall during 2019.

The company has been suffering with amassing debt and in April last year appealed to the Court for a blank settlement request to recapitalise Trevi and restructure the business to help manage its debt.

Last December the group’s board of directors also decided to take the step to “discontinue the communication to the public of the additional financial information relating to the first and third quarter, with effect from the next financial year 2020”. This measure was said to be taken to give the company’s administrative structure time to focus on its extraordinary financial restructuring.

Despite these companies clearly having a negative effect on the CE Equipment Index (CEE Index) figure, the positive movers in the OEM category outweighed the negatives, leaving the CEE figure posting a respectable 25.90% increase over the year. In total there were 22 listed OEMs, 16 of which saw an increase in share value, the remaining six all experienced declines. 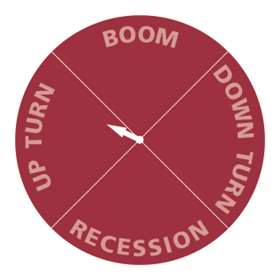 A renewed optimism has been discovered among the CE barometer respondents this month as the outlook on the future appears much brighter than in previous months.

A balance figure of -6.8% for month-on-month comparison demonstrates that activity was in fact worse during December than it was during November. Murmurs that construction activity is slow seemed to ripple across most areas of the industry, with rental companies particularly feeling the pinch in recent times, with parts of their fleets left at depots without work.

In the final month of 2019, activity was considered better than it was during December 2018. A balance figure of 6.4% signifies that the economy is in a stronger position than it was at the end of 2018. This positive outcome bucks the recent trend of negativity and despite early warning signs predicting a slump, 2019 experienced a more buoyant year end than some predicted.

In November the situation, according to respondents, looked dire. For the first time since September 2012, more people predicted that activity would be worse in a year’s time. During December this figure completely turned around with a positive outlook on the year ahead being presented by a balance figure of 19.2%.

The economy is a delicate eco-system. A visual representation of the economy will always show peaks and troughs, some periods sharper than others, but the optimism of respondents predicts that those vast slides will be less cavernous than in previous years as the economy strives for sustainability.

To read the full version of the Construction Europe financial review 2019, be sure to download the latest January/ February 2020 magazine. The issue will be made available from 3 February