First time out for Oilquick and Kiesel 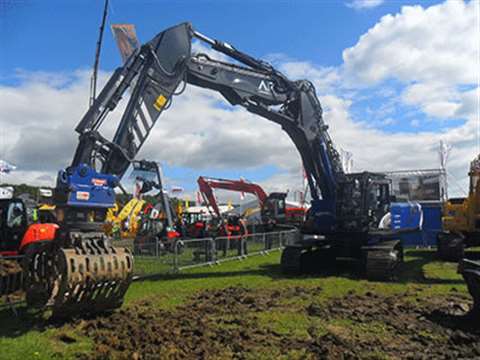 At the recent Plantworx exhibition in the United Kingdom, Oilquick teamed up with equipment supplier Kiesel to show off its automatic quick coupler system.

For the event, which took place at Bruntingthorpe in the English midlands earlier this month, Kiesel provided its KLS 400 lift star triple articulated boom.

This believed to be the first of its type in Britain, and Plantworx was its first working outing.

Together the machines ran through a quick change of a range of attachments including shears, buckets and grabs.