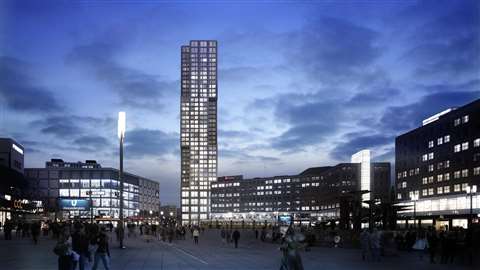 A 150m tall building, said to be the first tall residential tower in Berlin, Germany, has been given the go ahead by the city’s Senate.

Plans have been approved for the building, which will be located on Alexanderplatz in the heart of the Berlin-Mitte central district.

The Alexander Tower was first mooted in the city’s Master Plan in 1994, as part of an initiative to regenerate the area around Alexanderplatz and create a thriving hub in the centre of Berlin. 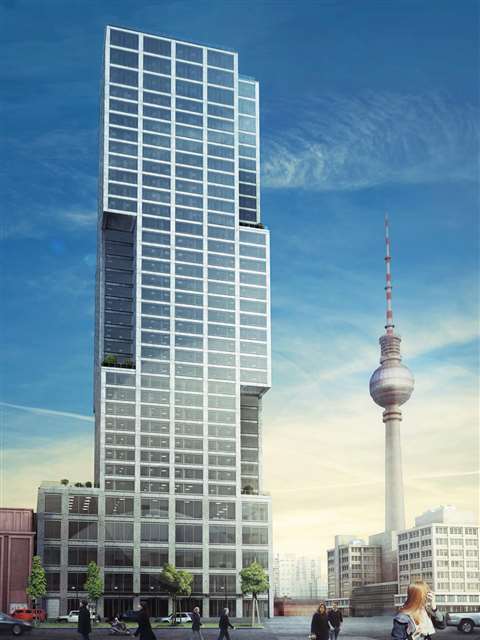 The Alexander Tower will stand 150m tall (picture by MonArch)

Years of discussions and alterations to the proposals followed, before the tower received the support of the Senator for Urban Development & the Environment, as well as the Secretary of State for Construction & Living, resulting in full approval by the local Senate.

Apart from the city’s television tower, Berlin has been a predominantly flat city since its creation in the 13th century. Following the approval of the Alexander Tower, it is expected that a number of other tall towers planned for Alexanderplatz will be approved. Real estate agent Bewocon, which will be marketing the tower, said that this would trigger a major transformation of the city, making it a more attractive business and investment destination.

Berlin-Mitte is known as the cultural quarter of Berlin, with museums on Museum Island, a UNESCO world heritage site, the Nikolai Quarter, Berlin’s cradle, Hackescher Markt –with a mixture of shops, restaurants and cafés – and Monbijou Park.

The developer behind the Alexander Tower, MonArch, is currently finalising interior layouts and designs.