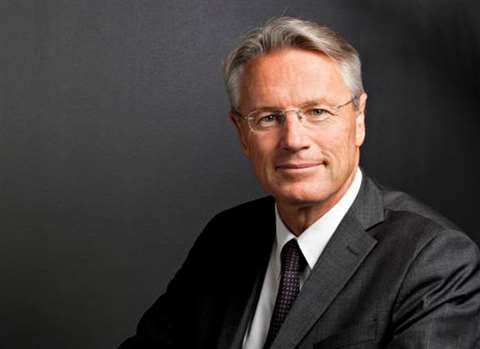 Björn Rosengren has been named president and CEO of Sandvik. He will take up the post on November 1, succeeding Olof Faxander who has left the company with immediate effect. Sandvik CFO Mats Backman will serve as interim president and CEO.

Mr Rosengren is currently president and CEO of Wärtsilä Corporation, which manufactures equipment for the marine, energy and oil & gas industries. He previously served as executive vice president in charge of Sandvik competitor Atlas Copco’s construction & mining technique (CMT) division, prior to the construction and mining businesses being split into separate division in 2011.

Sandvik chairman Johan Molin said, “I know Björn Rosengren as an exceptionally experienced and successful industrial leader. He has the experience needed to develop Sandvik into the future.”

On Mr Faxander’s four-year tenure as CEO he said, “He has managed Sandvik through very challenging market conditions and made creditable contributions in the restructuring of Sandvik to a more efficient organisation. The change of President and CEO was initiated by the Board and should be viewed as a next step in Sandvik’s further development”.