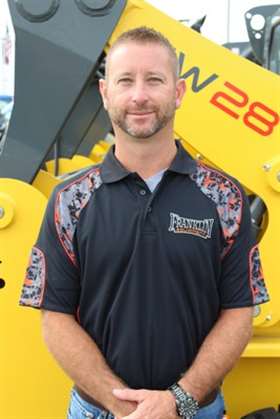 Franklin Equipment has appointed Tony Repeta as their chief operation officer, effective March 25. Tony will lead the company in growing each area of the business categories – rental, sales, parts and service – within the contractor, homeowner and municipalities markets in the company’s 18 locations, across seven states.

Repeta brings a range of experience in leadership, sales and growing new stores and markets. Repeta has been in the rental industry for 28 years and most recently as Franklin’s general manager. He started his rental industry career in 1991 working as a rental counter associate for Sam’s Rental. Repeta’s experience has ranged from starting as a rental associate to store manager to district manager to general manager being responsible for integrating acquisitions/teams to opening new stores these past four years.

In May of 2008, Repeta joined Gary Gabriel, Troy Gabriel and Tom Richardson to be a part of the Franklin Equipment ownership group in Columbus, OH. During this time, Repeta oversaw many strategic growth initiatives including acquisitions, leadership and business development for Franklin Equipment.

Repeta will be based in Columbus, the home of Franklin Equipment’s super store and leadership support team headquarters.